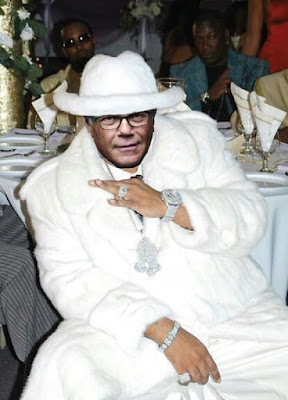 The Financial Times published a lengthy pseudo-investigative report on former WPP Overlord Sir Martin Sorrell, attempting to uncover the potential reasons for his departure from the White holding company he invented. Based on gripes from a disgruntled ex-chauffeur and whiny executive assistants, Sorrell is a demanding asshole to peons. Plus, he might have used WPP funds for a prostitute. The first charge is probably true, but the hooker allegation—which Sorrell denies, of course—is likely false. Sorrell might be a narcissistic douchebag; however, he’s no Miles Nadal. After all, the man is an accountant. Surely he’s not stupid enough to use his corporate credit card for a visit to the local whorehouse. Besides, he’s more than rich enough to pay for such personal pleasures with his own pounds. Hey, Sorrell lost exclusive access to available sex sources once he cut ties with Harvey Weinstein and the Presidents Club Charity Dinner, so he had to look elsewhere. And Sorrell has always been closer to a pimp, selling the services of the fucking companies in his corporate brothel.