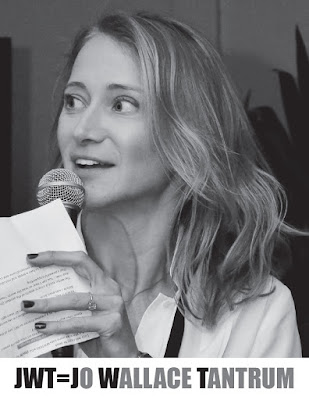 Wallace’s cultural competence credentials can be viewed via her perspective published by The Drum in 2017. While she purports to be a diversity advocate, Wallace is really hyping divertsity.

Presenting 9 out of 10 “proactive suggestions”—she claimed the mysterious tenth is unprintable—Wallace managed to regurgitate the standard clichés that never seem to succeed in the advertising industry. Of course, Wallace undoubtedly considers herself a breakthrough visionary, like so many before her. That is, White people who start to think about diversity and inclusion inevitably believe they’ve hatched innovative ideas that no one has ever thought of before. It would be interesting to see Wallace’s personal hiring record to date, especially in regards to BAME candidates. Then again, probably not.

Wallace gleefully slams White, privileged men, oblivious to the fact that she’s a White, privileged woman. It’s a case of the pot calling the kettle White and privileged. Does Wallace realize her White privilege actually allows her to mount a soapbox? After all, if a woman of BAME background delivered such bold statements in a similarly harsh fashion, she would be obliterated from the field. Instead, Wallace will receive invitations to speak at The 3% Movement events and nab ADCOLOR® trophies.

Keep in mind, Wallace was so enlightened and aware of the imperative for equality, she took a job at a White advertising agency that raised the bar for gender pay gaps and sexual harassment. And as Wunderman Thompson moves forward, she can expect the shop to become a data-driven versus diversity-driven enterprise.