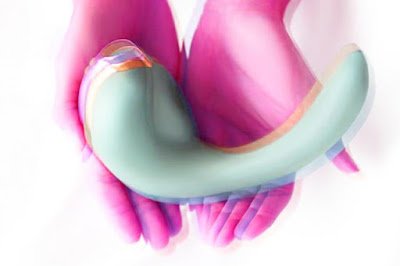 Advertising Age reported on a sex scandal at CES, where a company was disqualified after winning an innovation award, and even prevented from attending as a show exhibitor. The problems stemmed from the company’s innovative entry: a robotic dildo. Of course, the company’s female founder is turning the scenario into an example of gender bias in the tech industry, insisting that CES has allowed men with sex devices to exhibit in the past. “CES and the [Consumer Technology Association] have a long, documented history of gender bias, sexism, misogyny, and double standards—much like the tech industry as a whole,” the company founder complained. “From the exclusion of female founders and executives to the lack of female-focused products allowed to exhibit on the floor—there are demonstrable issues with diversity.” Sounds like somebody desperately needs her own invention.

The Consumer Electronics Show stripped a sex toy of its innovation award, and the maker of the robotic stimulator is not taking the snub lying down.

The hardware firm behind the sex toy is called Lora Dicarlo, and its founder Lora Haddock issued a strong rebuke of CES and its leadership on Tuesday regarding their decision to take back the awarding of the honor, pointing to it as evidence of the ongoing issue of gender-bias in tech. The firm had submitted its Osé personal massager into the robotics and drone product category.

“Our almost entirely female team of engineers is developing new micro-robotic technology that mimics all of the sensations of a human mouth, tongue, and fingers, for an experience that feels just like a real partner,” Haddock wrote in a blog post. “We’re talking about truly innovative robotics.”

Not only had CES reneged on the accolade, Haddock said, but they then blocked Lora DiCarlo from attending as an exhibitor at the annual event.

“The product does not fit into any of our existing product categories and should not have been accepted for the Innovation Awards Program,” a CES spokeswoman said in an e-mail statement on Tuesday. “[The Consumer Technology Association] has communicated this position to Lora DiCarlo. We have apologized to the company for our mistake.”

However, Haddock pointed to other sex-related tech that appeared at CES in the past. For example, Abyss Creations has showed off sex robots at the Las Vegas tradeshow.

CES organizers were not immediately available for further comment.

At last year’s CES, organizers were criticized when no women were included in its lineup of keynote speakers. Haddock said there is a bias against women at the event and in the tech industry, in general.

“CES and the CTA have a long, documented history of gender bias, sexism, misogyny, and double standards—much like the tech industry as a whole,” Haddock wrote. “From the exclusion of female founders and executives to the lack of female-focused products allowed to exhibit on the floor—there are demonstrable issues with diversity.”