14687: Report Shows Adland Is Not Empathetic—Which Is Pathetic. 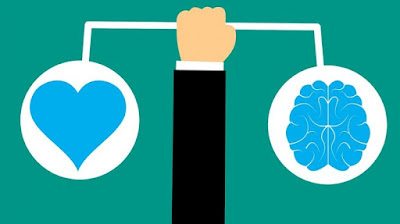 Campaign reported on a study that revealed “marketing and advertising professionals lack empathy.” Upon learning the study’s conclusions, the majority of adfolks will probably admit that they don’t know and don’t care. Hey, it’s tough to be empathetic when you’re culturally clueless.

Those who work in the advertising and marketing industry lack the necessary skills to connect with consumers on an emotional level, don’t like to share and are also “out of touch” with the British mainstream.

These are the main findings from a study by media owner Reach’s sales arm Reach Solutions, which carried out the research in response to the current polarised political climate. It explored how well the marketing and advertising industry understand the mainstream by assessing empathy levels and moral frameworks.

Using an empathy scale developed by psychologists, the study found generally low levels of empathy across the population. Only 30% of people working in the industry displayed high levels of perspective-taking and affective empathy. The mainstream scored 29% on the same scale.

Respondents were also asked to take part in a version of the “dictator game”, where subjects have £50 and can choose to share as much or as little as they want with an unknown partner. While the majority of people preferred to be fair and split the money equally, those in advertising and marketing were found to be less fair than the mainstream—69% would share equally, compared with 77% of the mainstream.

They are also more politically motivated when deciding how much to share. When Remain voters in the industry were told that their partner was a Leave voter, willingness to share equally dropped to 43%.

Reach’s research also highlighted how those in advertising and marketing operate with a different moral framework and explored how the industry can improve empathy levels.

Andrew Tenzer, director of group insight at Reach Solutions, said: “It’s no secret that marketers are different from the mainstream, but there’s a persistent belief that we can overcome this with a little empathy and imagination—that as a group we are somehow uniquely poised to put ourselves in other people’s shoes in order to effectively sell to them. However, our research shows that this is a myth.”

The research was carried out by Reach Solutions’ in-house insight team and research agency House51. Reach’s national and regional news brands include the Mirror and the Express.