Canned news in a MultiCultClassics Monologue…

• A Florida man claims he found the remains of a frog or toad in his can of Diet Pepsi, and the FDA confirmed it via testing. However, no one knows how it happened. Plus, an official at the Pepsi plant where the can originated insists the quality processing makes it virtually impossible for a frog to get into the system. Kermit and the GEICO Gecko declined comment.

• A Pew Research Center study shows older Americans will account for most of the growth in the U.S. workforce in upcoming years, while younger citizens are opting to remain in school and/or seek more job training. The numbers bear zero relevance to the rampant ageism on Madison Avenue.

• Recent figures from the Bureau of Labor Statistics show women are on the verge of outnumbering men in the U.S. workforce. The numbers bear zero relevance to female creative directors on Madison Avenue.

• Michael Jackson is finally being buried. No disrespect intended, but at this point, Jacko must resemble something out of Thriller. 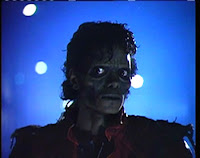