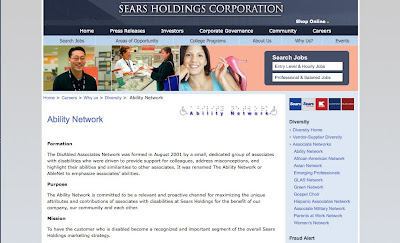 Sears Roebuck & Co. has agreed to pay $6.2 million to settle a federal lawsuit that claimed the retailer violated the Americans With Disabilities Act by firing disabled employees instead of accommodating them on the job.

The settlement, approved Tuesday by a federal judge, is the largest obtained by the U.S. Equal Employment Opportunity Commission for a single suit, the agency says. Sears does not admit any guilt as part of the settlement.

“This will provide relief to a lot of people,” said John Hendrickson, a regional attorney for the EEOC. “People are going to get some monetary compensation for the discrimination they suffered.”

Sears Holdings Corp., the parent of Sears Roebuck, said in a statement that it chose to settle the suit “because the factually intense nature of the case would take quite some time and considerable expense” to litigate.

“Despite the settlement, Sears continues to believe that it reasonably accommodates its associates on leave due to work-related illnesses or injuries under the Americans With Disabilities Act,” the company said in the statement. “We have always proceeded and will continue to proceed in good faith when considering and making reasonable accommodations for our associates.”

The EEOC suit, which sought class-action status, was filed in November 2004 in federal court on behalf of John Bava of Barrington and other employees. Mr. Bava took workers compensation leave after being injured on the job, but he says he was fired at the end of his one-year leave and his attempts to return to work were never accommodated.

Mr. Bava said he learned he had lost his job “for medical reasons” when he called Sears’ corporate offices to determine why his employee discount card was rejected during a store purchase.

The EEOC claimed in its suit that Sears’ workers comp leave policy was inflexible and that it violated the Americans With Disabilities Act by failing to work with disabled employees.

The settlement also requires Sears to amend its workers’ comp leave policy and train its employees in American With Disabilities Act compliance.

“I’m very happy with it,” Mr. Bava said of the settlement.

A February hearing has been scheduled to determine how the $6.2 million will be distributed.
Posted by HighJive at 11:48 PM