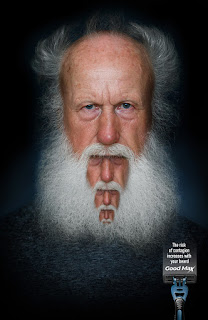 This Good Max campaign from Venezuela seeks to scare men into shaving regularly by claiming beards can increase the threats associated with COVID-19. Hey, it’s only a matter of time before Gillette cuts into the conversation—probably producing branded coronavirus masks.