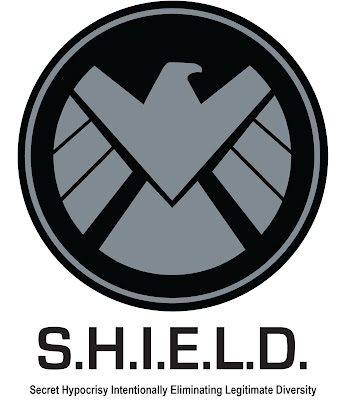 MultiCultClassics planned to comment on the Wieden + Kennedy #BlackLivesMatter post, as well as the subsequent Hill Holliday copycat concern, but Brandon Burns’ commentary below exceeds anything this blog could have generated. White advertising agencies should complement #BlackLivesMatter with #BlackJobsMatter.

A Response to Wieden+Kennedy’s statement on #blacklivesmatter

Last week, two black men were murdered by police officers, five police officers were executed by a revenge-seeking vigilante and, to much acclaim, Wieden+Kennedy replaced the homepage of its website with a statement on the matter. In publications from Advertising Week to The Washington Post, the beautifully written message, which was originally delivered by a black employee to colleagues via an internal email, was applauded after the advertising agency’s management team had the foresight to amplify its words by featuring them on the company website, along with a heads-up to the press.

On the surface, this was a commendable effort by one of the strongest voices in advertising. To start, there was the poignant message itself. Also, at W+K, black employees are few and far between, so the decision to feature the work of one so prominently deserves kudos. Clearly, intentions were good.

The effort, however, is likely net-negative.

As a black man with over a decade of experience in the ad industry — most recently at Wieden+Kennedy — I have seen small men hide behind big words. I have seen them discriminate, whether it was intentional or not, and then use the agency’s prior good deeds as shield against any blame for the current offense. And while my personal career has been net-positive, along the way I have lost jobs to objectively less qualified candidates, I have fought, and won, a case of racial-based wage depression, and I’ve even had to report a manager to HR for harassment, only to be fired by the accused 24 hours later. Each respective agency has voiced support for diversity in very public ways; nevertheless, each engaged in actions that broke the federal laws prohibiting discrimination in the workplace.

Will Wieden+Kennedy’s #blacklivesmatter homepage change the fact that the agency’s management team is exclusively white? Will it change the fact that 28 of its 30 creative directors are not just white, but white and male? Or that roughly 80% of the copywriters, art directors, and technologists who create the agency’s output are also exclusively white males?

The other side to this story is that Wieden+Kennedy is well aware of these issues and is, despite mistakes along the way, actively making efforts to create a more diverse and inclusive environment. The agency has declared 2016 a Year of Diversity within the agency. They are encouraging all employees to take part in off-site workshops on inclusion and bias. A large Girl Wanted sign hangs in a prominent place on the creative floor. The company homepage now features the message that #blacklivesmatter.

It is very hard to assert that an organization is discriminatory when it has done so much in the name of diversity.

Or is it? As a hiring manager, I worked very closely with the in-house recruiting team; I am well aware of their valiant efforts to find new talent of all races and genders. Yet, nevertheless, when they share the portfolios of the best candidates with the Creative Directors — 93% of whom are white males — it is, time and again, the white male candidates who are pursued and hired.

Of course, each Creative Director has reasons why he may prefer one candidate’s portfolio over another’s. And while I sat on the other side of the building in the technology group, the majority of the Creative Directors I interacted with are perfectly pleasant people, and I never once felt unwelcome in their presence.

And despite all the diversity initiatives, despite the #blacklivesmatter homepage, despite honest efforts by some within the organization to create a truly diverse environment, there are reasons why a diverse environment has yet to manifest at Wieden+Kennedy.

But this is not just the story of one advertising agency. This is the story of an entire industry. There are few agencies that would skip out on the chance to attach its name to a feel-good diversity initiative, but what good is it if the company itself doesn’t become more diverse in the process? How can we applaud an agency for making an effort, and then look the other way when those efforts don’t lead to real, actualized change? How can we be sure that voicing support for diversity doesn’t become a shield, protecting agencies from the constructive scrutiny needed to come to terms with what its problems really are, and eventually find real solutions?

How do we move from talking about change to actual change?

No matter the data, people will always have a stronger connection with people similar to themselves. The only way to remove bias from an individual is to remove it from the system itself. Review portfolios blind. Standardize parameters for promotions and raises. Conduct performance reviews regularly, without fail.

Again, in the chaos of an agency, these are often seen as low priority initiatives. But they will also serve as protection — of a more legitimate kind. The goodwill attributed to an agency for undertaking diversity initiatives is subjective, but being able to say that each and every employee receives rewards and punishments in the exact same way, via a blind, unbiased system, is objectively solid and your best defense.

Agencies look for creatives that have that “special something.” What does that mean? Work for a recognizable brand? A particular award? A headline that made you laugh?

From personality traits to skillsets, agencies often times fail to define success by specific, objective terms. Traits like being humble or “nice” are subjective, but ones like work ethic and leadership experience are not; either you’ve produced a volume of work or you haven’t, either you’ve been a manager before or you haven’t. A “good” copywriter is subjective; one that has experience in comedy is not. “That ad made me laugh,” is subjective; but a copywriter who wrote a humorous ad that won an award, or went viral, or produced sales results is probably more objectively talented when it comes to using humor in his job.

Minorities (and Women), Speak Up

Minorities, unfortunately, are used to discrimination. We’ve seen white friends, white teachers, and white colleagues — people we know and love — do and say discriminatory things. We’ve learned that, when it comes down to it, many perfectly decent people simply don’t know any better. And that’s okay; we can only make decisions using the filters that we have, and bias is a natural part of human behavior. So when it is brought to your attention that you may have discriminated against someone, don’t flip out. Don’t go into the, “Wait, you think I’m a racist?!” line of defense. Don’t get mad that your transgression has been exposed because, really, unconscious mistakes are made every day.

You don’t even have to truly understand. Just listen, acknowledge, and try to do better. 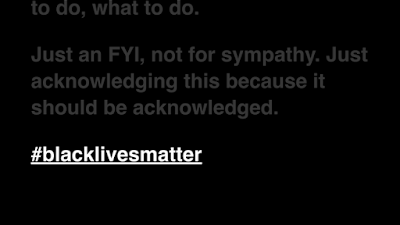 He said everything I want to say.

I wish more people would speak up and say it.

I can't. I wish I was braver but I've learned that HR, legal, etc. will smack me all the way back to yesterday, and unemployment only lasts so long.

I want to see more minorities in advertising, not less.

I want to see ANY minorities in advertising, end. Dot. Period.

I want all the white people saying that it's about talent, nobody ethnic wants to work in advertising, we're all whining, it's not brain surgery, stop being so serious about it, etc. gets a dose of reality themselves some day.

Mostly I just want to work. I like what I do when I get to do it. Advertising is pretty fucking awesome, if you can get through the door.

I know how lucky I am.

I want more people who look like me to feel lucky too.