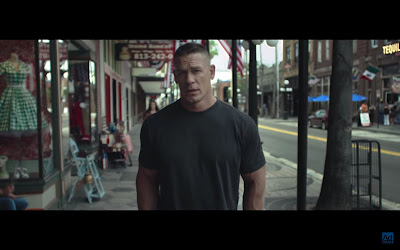 The Ad Council continues its Love Has No Labels propaganda with a painfully long video staring John Cena pontificating about patriotism, tying the phrase to diversity. The YouTube post includes the following pap:

To love America is to love all Americans. John Cena takes a break between dropping body slams to drop some truth—that patriotism is more than pride of country, it’s love beyond labels.

Cena drones on and on about America’s diverse citizenry, even slipping in some diverted diversity by stating females account for 51 percent of the U.S. population. He then proceeds to ask viewers to rethink their perceptions of how the “Average American” is defined—that is, it’s not a White man.

Once again, for a message like this to come from the Ad Council—which continues to conspire with White advertising agencies where diversity is diverted, deferred and denied—displays hypocrisy taken to the highest level. Label this campaign what it is: culturally clueless bullshit. 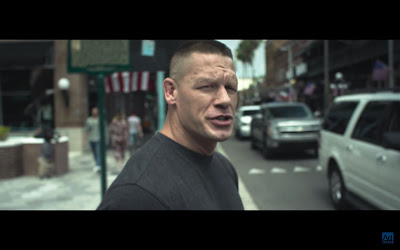 Ad Council is full of hypocritical shit. Look at their body of work and a theme emerges.

Shiny, expensive, big budget productions are always in the hands of lily white ad agencies that don't care about diversity enough to do anything but dodge EEO-1 filings and claim "diversity of thought" while hiring 100 white women and foreign Creatives rather than 1 single Black American one.

Cheap regional style ads made for pennies, with rudimentary production and animation, are in the hands of ethnic ad agencies. They look like 1-800 ambulance chasing lawyer ads in comparison.

If Ad Council really cared about diversity, they'd stop funneling all the best work, creative, time and resources to white EEO-1 dodgers and redirect a fraction of their fawning to ethnic agencies instead.

The difference in budgets and treatment of General Market agencies vs. ethnic agencies working on these Ad Council PSA campaigns would shock you. The numbers alone would tell you the story... If I had to guess, based on firsthand experience, the white teams are getting 8 to 10 times the resources of anyone ethnic.

It hurts having to sit back and watch expensive teams of people from England for instance get paid seriously deep money (oh, they call it "non-profit" but there's LOTS of money and favors flowing back and forth behind the scenes) while minority teams in America are pressured to do this work for free or put in money of their own to make it look better.

All that happens is white agencies take two steps forward and get big hits that earn them bigger jobs, and ethnic agencies fall two steps behind because they're constantly being pressured to do crap Ad Council work for below cost.