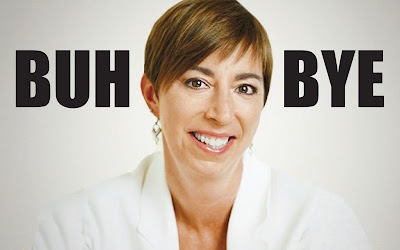 Adweek reported 4As President and CEO Nancy Hill is leaving the trade organization in 2017. Hey, there’s no better way to promote White women in the advertising industry than by letting Hill depart…? Wonder if her successor will assume the 4As Chief Diversity Officer role too. Adweek revealed Hill intends to spend time teaching and doing volunteer work in Ecuador. She’ll undoubtedly use the experience to recruit minority candidates for the field.

The ad industry’s largest trade organization, the 4A’s, announced today that its chairman and CEO, Nancy Hill, will be stepping down next year and that the search for her successor has officially begun. After leaving the organization in June 2017, Hill plans to work as a consultant and spend time in Ecuador teaching and doing volunteer work.

Hill assumed the top role at the American Association of Advertising Agencies in January 2008 after holding executive positions at such shops as Lowe, BBDO and Hill Holliday. In her eight-plus years atop the organization, she has often served as a de facto spokesperson for those advocating for greater racial and gender equality within the industry.

“Nancy has incredible passion for the advertising industry,” said Horizon Media founder and 4A’s board chair Bill Koenigsberg in a statement. “During the past eight years, she has advocated tirelessly for issues—such as gender and diversity—that continue to make the industry better.”

Koenigsberg added, “Nancy joined with five years of service in mind, but this last March the board again asked her to stay on, extending her contract through June 2017.” That year will also mark the organization’s 100th anniversary.

A press release announcing Hill’s departure credits her with modernizing the organization during a tumultuous period for the ad industry and expanding its representative skill set by including more marketing and media agencies. Hill has repeatedly tried to facilitate a more inclusive and supportive environment within the advertising business by including people of different racial backgrounds and sexual orientations in conversations about the future of the industry. She’s also encouraged greater transparency in media practices and has supported advocacy groups like the 4A’s Foundation, TAG (Trustworthy Accountability Group) and 3MS (Making Measurement Make Sense).

“The past eight years have been the experience of a lifetime,” said Hill in a statement, adding, “It has been a pleasure to help guide the industry through changing times and to bring issues that I am so passionate about to the forefront. The advertising agency business is continually evolving to meet the needs of clients and identify the best new ways to reach consumers. It has been an honor to play a part in shaping the future of an industry I love.”

The 4A’s is currently in talks with MediaLink to lead the search for Hill’s successor. So far, the organization has not given any indication as to whether it has considered specific candidates to replace Hill.

what a waste all the way around. she did little for diversity, largely out of choice I believe. barring some sort of God-ordained event, the ad industry will do even less in her parting.

This woman ignored the issue of diversity until the very end of her time there, did the bare minimum by speaking up about it but not actually DOING anything, then hightails it out of town. Great.

She has a few months left, right? GET THE DAMN DIVERSITY NUMBERS BEFORE YOU GO, LADY.

Actual statistics, not vague "30% of our holding company's global management team is diverse!"

Leave a lasting legacy instead of, like all your predecessors, empty air and more internship programs for minority adolescents that fizzle out when the PR teams are no longer watching.