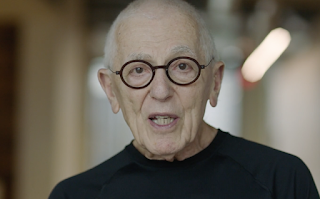 The Stan Richards video apology to the University of Texas at Austin inspired additional pondering.

During the monologue, Richards mentioned authoring a book—The Peaceable Kingdom: Building a Company without Factionalism, Fiefdoms, Fear and Other Staples of Modern Business—which presents the vision and mission behind The Richards Group. Regarding his culturally clueless campaign critique, Richards declared, “I failed to live up to my own philosophy.”

The Peaceable Kingdom was published in 2001, which is technically at least two generational gyrations of industry diversity debating ago. That is, the last 19 years have seen: 1) the exclusivity examinations that sparked around 2006 when the New York City Commission on Human Rights and The Madison Avenue Project put heat on White advertising agencies, and; 2) the current cultural consternations fueled by the #MeToo and Black Lives Matter movements.

The Peaceable Kingdom publishing even predates The Richards Group’s foray into multicultural marketing.

So, what’s the point?

For starters, The Peaceable Kingdom makes zero references to diversity, except when discussing cross-functional collaboration or segregated partnerships with agencies abroad. The tome features no commitments to an inclusive workplace from a racial or ethnic perspective.

Technically, Stan Richards did not fail to live up to his philosophy. The problem is, his philosophy as articulated in The Peaceable Kingdom never took a proactive position—or any position, for that matter—on diversity.

“I can unequivocally say that I have never used racist slurs about any ethnic group, nor tolerated it from anyone around me,” insisted Richards. “And I certainly do not support White supremacy in any form or fashion.”

There is no need to doubt Richards’ claims. Yet while he may not support White supremacy in any form or fashion, he has benefited from White privilege in all its forms and fashions. What’s more, he has likely “unconsciously” perpetuated it.

Richards is not a card-carrying member of the KKK. Rather, he’s a lifetime representative of the CCC—Culturally Clueless Caucasians—in a professional field that has been publicly recognized for unfair and discriminatory hiring practices since at least the 1960s. Indeed, the advertising industry has practiced systemic racism from the beginning.

Was the Home Depot quip “the biggest mistake of [Richards’] life,” per the old man’s contention? Nope. It was merely symptomatic of a deeper defect from an alleged industry leader who should have known better—and done better over the course of his career.

The true issue is not what Stan Richards said or did, but what he has failed to say or do throughout his reign in an exclusive kingdom. 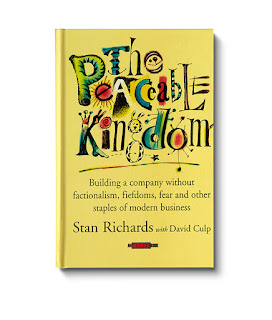