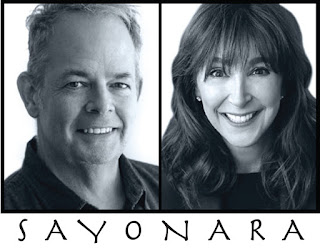 Advertising Age reported Dentsu International flushed its portfolio of shops, seeking to reduce its agency brands from 160 to six. Gee, it’s only a matter of time before the company shrinks its entire staff to six. Caught in the massive turd flushing is Dentsu mcgarrybowen, the White advertising agency acquired by the Japan-based holding company in 2008. While it’s not clear in the Ad Age story, Dentsu may be seeking to consolidate shops like WPP has done with unholy marriages including Wunderman Thompson and VMLY&R. Dentsu mcgarrybowen warrants a name change anyway, as it’s been McGarry-free for quite some time. The latest restructuring is rejiggering the “new leadership” team too. Thank heavens Wendy Clark is in the Dentsu dumpster to sort out all of the garbage…

In the latest seismic holding company shakeup, Dentsu International is slashing its agency brands from 160 to just six. And one shop getting swept up in the changes, set for February, is Dentsu McGarrybowen, as two top executives—Dentsu Mcgarrybowen Global Chief Creative Officer Ned Crowley and Global and U.S. Chief Strategy Officer Jennifer Zimmerman—move to “consulting” roles.

“As part of this reorganization, roles are changing and while Ned and Jen were offered roles within the new structure, each has decided to work with us in a different way,” the company said in a statement. “As our creative service line leverages an AOR-on-demand model, they have agreed that a portion of their time next year will go to consulting for Dentsu on key clients and opportunities.”

“The review is aimed at simplifying the business, permanently reducing operating costs and enhancing the efficiency of the balance sheet,” commented Toshihiro Yamamoto, president and CEO of Dentsu Group. “We simply have too many brands, almost 300 across both Japan and internationally.”

It is unclear what other changes may await Dentsu Mcgarrybowen, or other shops within the Dentsu International network. In September, Wendy Clark, former DDB Worldwide global CEO, stepped into the role of global CEO of the international agency business and has yet to publicly unveil her plans.

Both Crowley and Zimmerman have been with Mcgarrybowen—which was repositioned in May into a new network, Dentsu Mcgarrybowen, which also houses several creative, content, design and experience shops such as Isobar and John Brown—since its early days.

Dentsu has seen a whirlwind of change over the past year as it pushes toward becoming “One Dentsu”—a strategy that has been led by Tim Andree, executive chairman of Dentsu Aegis Network, and feels similar to Publicis Groupe’s “Power of One model. That strategy saw the creation of three lines of businesses last year: creative, customer relationship management and media. Within creative is now Dentsu Mcgarrybowen and Isobar; within CRM is Merkle and 360i; and within media is Carat and iProspect.

In September, Dentsu Aegis Network announced it would be going forward as simply Dentsu.