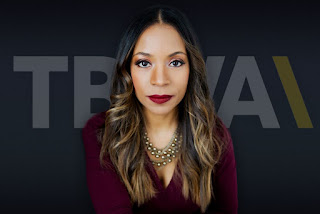 Advertising Age reported TBWA named a new Chief Diversity Officer for North America. Of course they did. Aliah Berman replaces Doug Melville, who held the role for eight years and is leaving TBWA for an undisclosed position. Of course he is. Ad Age went on to list other Chief Diversity Officer appointments throughout the industry, as the job continues to gain faux more interest, especially at White advertising agencies that are increasingly under heat to diversify. Hey, when there’s heat, bring in heat shields. Of course they will.

While agencies continue their work to diversify their ranks, we saw several shops this week make big diversity, equity and inclusion appointments, a specialty role that’s still in sky-high demand despite the industry cutting back on hiring due to the pandemic, as Ad Age recently wrote.

Omnicom’s TBWA today appointed Aliah Berman as chief diversity officer of North America. She replaces Doug Melville, who has held that role for that past eight years and who TBWA says is leaving the agency network for a new, unspecified role. Berman joins TBWA from global experiential agency GMR Marketing, where she was head of diversity, equity and inclusion. In the new position, Berman will lead TBWA’s DE&I efforts in partnership with its North American offices and parent Omnicom.

“The work of diversity, equity and inclusion has never been more urgent,” Berman says. “The opportunity to work across this broader group of agencies to promote measurement and accountability and to serve as the subject matter expert with our leaders around the world is an opportunity I could not refuse.”

In another move, Dentsu’s Merkle tapped Kirt Morris as its first global chief equity officer. A 12-year veteran of the company, Morris has been advising Merkle’s diversity, equity and inclusion team and will now lead its efforts to create a more equal workforce across both the company as well as Dentsu’s customer experience management line of business. Morris has also been a member of Merkle’s data management group, overseeing end-to-end delivery.

Kansas City-based Barkley hired Adam Miller as its first director of diversity and inclusion. Miller is a Kansas State University graduate and Fulbright Scholar who comes to Barkley from the higher education world, where he was a postsecondary coach at Kauffman Scholars and director of the Green Fellowship program at Teach for America. At Barkley, he will be in charge of driving the agency’s four initiatives: diversity, equity, inclusion and belonging.

“We’re working on fundamental, systemic change and that takes time,” Rapp Global CEO Marco Scognamiglio says. “There is no one solution and no immediate fix to the issues we’re facing. Having Devin at the forefront as our diversity ambassador and ally is a big step forward.”