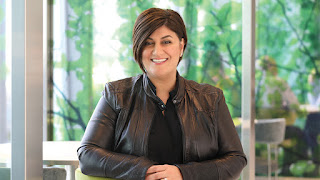 Business Insider reported new Citi CMO Carla Hassan asked her White advertising agencies to diversify their staffs. The request parallels Citi’s $1 billion initiative to help close the racial wealth gap in the nation. It’s a safe bet that the White shops will not come close to matching the Citi figure, opting to make tax-deductible donations to popular heat shields like ADCOLOR® and The 3% Movement. It’s time for White advertising agencies to not only reveal diversity staffing figures, but also display diversity budget figures. The revelation would likely show how any efforts from Chief Diversity Officers and Chief Marketing Officers are ultimately trumped by Chief Financial Officers.

Citi was the first major bank to let transgender and non-binary cardholders use their chosen names. Now, it’s pushing its agencies to become more diverse.

Citi is highlighting transgender and non-binary people in its new campaign while becoming the latest marketer to push for more diversity at its ad agencies.

The TV, print, and outdoor campaign, timed with Trans Awareness Week, touts its initiative to let transgender and non-binary customers use their chosen names on its credit cards. The campaign is rare in terms of transgender representation, which has been virtually non-existent from advertising.

Citi’s new CMO Carla Hassan also recently asked the company’s agencies to make their staffs more diverse and join Citi’s effort to fight bias and “level the playing field” for communities of color. This move came on the heels of Citi announcing a $1 billion initiative to help close the racial wealth gap in the US in September.

Hassan said that Citi wanted to increase the number of people of color on its accounts and that she “hoped” that by the end of 2023:

“As we’ve heard the calls for racial justice echoing across the country, it’s clear that more of the same won’t do,” she wrote. “Words can be promising but mean nothing if they don’t result in tangible action.”

Other marketers including HP, Verizon and General Mills have called for similar changes in the ad and agency business, which is known for its lack of diversity. Only 3% of US CMOs and 6% of marketing professionals are black, though black people make up about 13% of the population, according to a 2018 survey by the Association of National Advertisers.

In 2016, Verizon required its agencies to report how many women and people of color they employed, particularly in leadership roles. Three years later, its CMO Diego Scotti said his company’s 20 agencies had increased the minorities on their payrolls by around 25%. But this change was not good enough, and the number of women in top agency roles actually decreased in that period, he said.

Like other marketers, Citi has also made social justice a bigger part of its advertising. A recent ad, “The Moment,” highlighted the gender pay and leadership gap, and it recently launched a partnership with Girl Scouts aimed at encouraging civic participation.