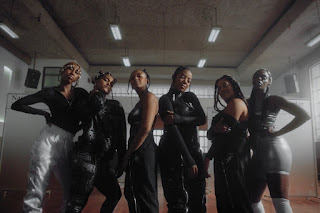 Adweek spotlighted a Nike film from AKQA that allegedly celebrates Black women, featuring Brazilian singer Ludmilla and dance troupe The Turmalinas Negras. Celebrating Black women by showing a song and dance routine? Wow. How stereotypical original. The piece demonstrates that AKQA is just as capable as its new sister, Grey, of producing patronizing pap. Oh, and AKQA is hardly qualified to trumpet itself as a gender defender. Perhaps someone should inquire about how AKQA celebrates Black women in its own hallways—keeping in mind that the subsegment is woefully underrepresented in the field.

Nike has launched a beautifully choreographed film titled “The Awakening in Dance: An Experience in Motion” to celebrate Black women and encourage new generations to explore different forms of sport and movement.

The spot, which features Brazilian singer Ludmilla and dance troupe The Turmalinas Negras, was created by AKQA and Think Eva, with direction from Juh Almeida.

It aims to show the “empowerment and manifestation of Black culture” through dance, according to AKQA said, with the choreography designed to show six important moments: birth, connection, roots, protection, recognition and awakening.

Members of the Nike Training Club will also have access to exclusive content that explains the steps of the choreography via short videos so they can reproduce the movements and “connect with the transforming power of dance” as part of the campaign.

The ad is Nike’s latest work centered around the theme of black empowerment.

In May, at the height of Black Lives Matter protests, the brand released a 60-second ad titled “For Once, Don’t Do It” from Wieden+Kennedy Portland that took direct aim at racism.

“Don’t pretend there’s not a problem in America. Don’t turn your back on racism,” the earlier ad said. “Don’t accept innocent lives being taken from us. Don’t make any more excuses. Don’t sit back and be silent.”