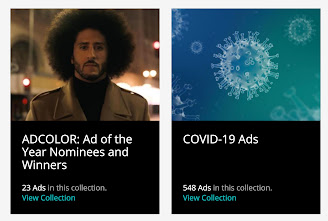 Oh, look! There’s a new collection at Ads of the World—ADCOLOR®: Ad of the Year Nominees and Winners. Whoop dee damn doo. It’s unclear why an awards show is spotlighting an awards show. Not surprisingly, most of the entries came from White advertising agencies. Also peculiar is the hype that claims the organization “is the largest, most recognized cross-discipline diversity and inclusion initiative for creative industries…” Really? ADCOLOR® is bigger than MAIP or Mosaic?