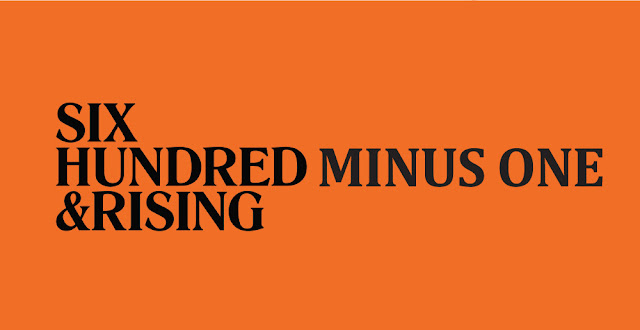 Shoot reported 600 & Rising Co-Founder Nathan Young resigned from his presidency position with the organization. The decision appears to have stemmed in part from Young’s recent critique of ADCOLOR® as being an impotent heat shield for holding companies. If so, the scenario essentially underscores Young’s observation. It also indicates that—when it comes to the titanic shipwreck of diversity in advertising—anyone seeking to rock the boat gets thrown overboard.

Nathan Young, group strategy director at Periscope, has stepped down from the presidency of 600 & Rising, the organization he co-founded in order to give a strong voice to Black advertising professionals, advocating for their hiring and advancement.

Young resigned during a special meeting of the 600 & Rising board of directors and officers on Thursday (8/6). The move came after “careful consideration and deliberation with the board members,” according to an industry letter sent out by 600 & Rising. There had been some controversy over Young questioning the efforts of the longstanding ADCOLOR Awards Fest, which reportedly wasn’t well received among factions within and outside 600 & Rising.

This in turn has caused 600 & Rising to reassess its approach while remaining steadfast in its mission of dismantling systemic racism in the advertising and public relations industries. Board members and officers thus are dissolving the current structure of the organization and taking the next 30 days to reassess, with the intent that 600 & Rising becomes an advocacy community led by the signatories—Black talent and non-Black allies—that works for the interests and with the input of all involved, moving forward.

Hold The PRess will continue forth as a separate initiative, remaining focused on transforming the public relations industry for the betterment of Black talent.

The Board members stand by the initial Call for Change open letter, 12-step action plan for the advertising and public relations industry and the #CommitToChange campaign.

The 600 & Rising letter read in part, “Ultimately, the initial goal of this movement was to leverage the collective power of the more than 3,500 signatories to spur the advertising industry to take decisive action in beginning to break down the systemic barriers for Black talent. In that, 600 & Rising was successful. All five major advertising holding companies and more than 100 independent agencies released their diversity data and made public commitments to make meaningful change.

“However, in the haste to keep the industry focused on diversity issues, the signatories were not provided a chance to give input and support for actions of the movement that reflect them. The Board members understand that this has not centered their voices in the movement, particularly those of Black woman, who are the most marginalized among us.

“This mission is too important to structure an organization around it in an inadequate and inappropriate way,” the letter continued. “The Board members are now available to the signatories as a coalition of individual peers who are also signatories and can help see through the mission.

“The voices of the signatories to the Call for Change open letter must not be muted nor erased, and the need for immediate action from the advertising and public relations industry remains pertinent.”

In this vein, the 600 & Rising board will reach out to signatories, committed agencies, advisors and like-minded initiatives over the next 30 days to truly collaborate on creating a better future, including:

Collaborating with diversity, equity and inclusion leaders and organizations who can advance the efforts of the advocacy group

In addition to getting sought after diversity data from the alluded to agency holding companies, 600 & Rising in its relatively brief tenure has made progress on another prime industry front, having back in June formed a partnership with the 4As.

Back in June, Marla Kaplowitz, 4A’s president and CEO, said that the organization has come together with 600 & Rising to help ensure that Black voices at all levels “play a role in guiding the industry forward.” The 4A’s—which serves more than 600 member agencies across 1,200 offices in the U.S. (collectively having a hand in more than 85% of total ad spend in America)—will support 600 & Rising in a concerted effort to get agencies to hear, hire and promote Black professionals, as well as advocate that advertising be inclusive.