15099: Publicis Groupe Global Head Of Futures And Insights Is History And Out Of Sight. 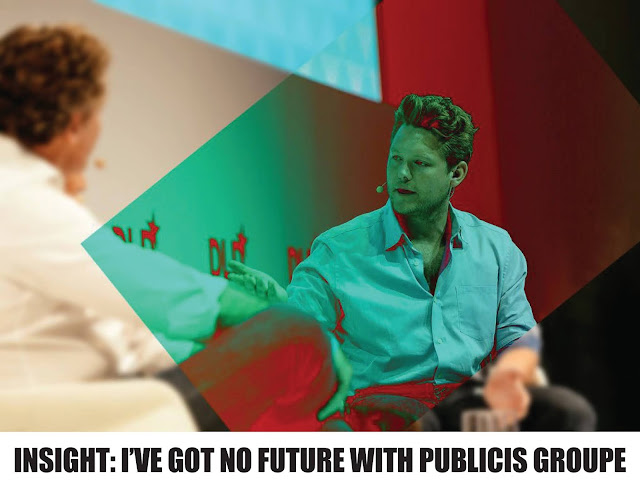 Well, that was quick. Advertising Age reported Publicis Groupe “parted ways” with Global Head of Futures and Insights Tom Goodwin after his Twitter rant on COVID-19—the White holding company apparently removed him like a virus in the system. Unfortunately, the miraculous vaccine-like maneuver didn’t have similar removal effects for Kat Gordon and Colleen DeCourcy…

Tom Goodwin, head of futures and insight for Publicis Groupe, is leaving the agency holding company after posting tweets criticizing “the total obsession with Covid deaths over all other deaths" as “entirely gruesome.”

A Publicis spokeswoman confirmed Goodwin’s exit in a statement.

“Since the beginning of this pandemic, Publicis Groupe has taken decisions and actions led by the principles of unity, empathy and humanity despite the collective hardships. These posts and exchanges by Tom Goodwin this week on social media do not meet the standard of conduct we expect of our company’s employees and were not aligned with our values. Publicis and Tom have parted ways,” she said.

Goodwin did not immediately return a request for comment.

“I find the total obsession with Covid deaths over all other deaths entirely gruesome. 7500 Americans die every day but only the ones with this precise new Virus matter,” Goodwin posted on Twitter on Sunday.

R/GA U.S. Chief Strategy Officer Tom Morton responded to Goodwin’s tweet, disagreeing with his take on the situation. Goodwin then fired off against Morton, prompting others to jump in.

Goodwin’s comments on Twitter on Sunday led to swift responses from others in the advertising and marketing industry who disagreed with his take on the situation. Agency executives Wieden + Kennedy Chief Creative Officer and Co-President Colleen DeCourcy and The 3% Movement Founder Kat Gordon quickly condemned his comments.

In subsequent tweets posted on Monday, Goodwin emphasized that he was “not a voice of Publicis,” instead noting “This thread is just me, not representative of a Publicis POV.”

It is often difficult to separate personal views from those of an employer in the fraught social media landscape. As tensions are heightened during lockdowns and economic uncertainty, many have stumbled. Last week, Nathan Young, 600 & Rising’s president and one of its founders, tweeted a criticism about the ADCOLOR awards. Young soon issued a statement clarifying his comments and 600 & Rising sent out a separate statement.

Agencies are also under pressure from clients to show they have zero tolerance for controversial remarks made by employees including Goodwin.

—With reporting by Adrianne Pasquarelli and Jessica Wohl