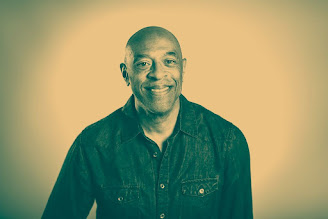 Advertising Age reported The Martin Agency turned Chief Client Officer Danny Robinson into Chief Creative Officer—extending his Jackie Robinson-like status at the White advertising agency. That is, Robinson was the first Black man to elevate to the shop’s C-suite as Chief Client Officer, and now he becomes the first Black man to hold the Chief Creative Officer role. No doubt that Robinson is right—and even overqualified—for the latest promotion. Yet it’s odd that his elevation is groundbreakingly unique in Richmond, Virginia, where the metropolitan area boasts the 20th largest Black population in the U.S. Such inclusive figures, however, have never impacted the dismal diversity of the advertising industry.

Robinson has been with The Martin Agency since 2004, when he was poached to be a senior VP and group creative director by Mike Hughes, who served as president and chief creative of the agency from 1995 to 2013. Hughes passed away from lung cancer at the age of 65.

“Other than I love it, the thing that keeps me here is the same thing that brought me here,” Robinson says, which is the opportunity to step into and shape any job he wants.

Robinson recalls how Hughes attempted to entice him to move from New York—where he was serving as chief creative officer of the agency he co-founded, Vigilante—to Richmond, Virginia, to join the The Martin Agency’s creative team. He says Hughes asked him: “‘What will it take to get you to come to Martin?’”

Hughes was looking to poach Robinson after his award-winning campaigns for Johnnie Walker Black Label, Major League Baseball, Snapple and Heineken caught his attention. So did a famous brand activation Robinson helped orchestrate while at his New York agency: The giveaway of 276 Pontiac G6 cars on “The Oprah Winfrey Show” that gifted the world with the iconic phrase: “You get a car!”

Robinson laughs when he remembers that iconic Winfrey brand activation, noting how some “myths” have since surrounded “how that came together” including that a partner of Vigilante pitched it on a plane to Gayle King, the media personality and an editor of “O, The Oprah Magazine.”

He says the truth of the matter was that Pontiac was a client of Vigilante’s and the agency decided to “spend all the money they had, the whole budget, on one idea to give away cars.” He notes that Winfrey “pretty much owned it” as she came up with the “You get a car!” phrase.

Since joining The Martin Agency, Robinson is credited with helming the agency’s largest win in history: Walmart. He is also praised by the shop for his acclaimed work on accounts such as Chevrolet, Hanes, Tic Tac and Oreo. The Martin Agency CEO Kristen Cavallo says Robinson was “the logical choice” to replace Costello “for so many reasons.”

Robinson made history as The Martin Agency’s first chief client officer and first African American to join the shop’s C-suite when he was appointed to that role in 2018.

“It’s fascinating that the misfits, those who are a minority by gender or race, have to defend they are qualified,” Cavallo says. “I believe in [Robinson] and I believe in our friendship. I have always fought for him. He fights positively with a paintbrush and words. But I also think there was a moment where life gave us a chance to do the right thing. We’ve never sacrificed greatness for fairness.”

Robinson says The Martin Agency has been working for the past three years—since the public ouster of former Chief Creative Officer Joe Alexander over sexual harassment allegations—to “make this agency a model of business and example of how companies should operate.”

“It’s a proud moment for me,” he says. “It makes sense for me to be the next logical choice, and not just because I’m a Black man but because I’m homegrown and people in the agency know me. We’ve been putting in the work and people are paying attention now that we have.”

The Martin Agency has achieved several notable feats in the past few years including doubling the number of women it has on its executive board; appointing the first person of color to the board; and even closing the wage gap.

While cross-overs between client officers and creatives are unusual, Robinson, who has been doing stand-up comedy in his downtime for the past decade, says it makes sense. “We’re in this to solve problems for clients with great creative.”