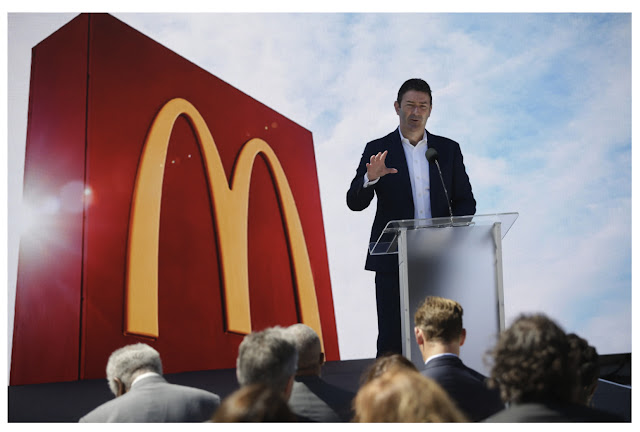 Advertising Age reported Mickey D’s is suing former CEO Steve Easterbrook to recover severance he pocketed after being terminated in November over charges of having a consensual affair with an employee. Seems a subsequent investigation revealed Easterbrook enjoyed happy meals with multiple female staffers—and he even allegedly “approved a special discretionary grant of restricted stock units worth hundreds of thousands of dollars to one of the employees after their first sexual encounter and just days before their second.” What’s more, there are naughty photographs and videos to prove the illicit encounters. McSugar Daddy denied the affairs when he was fired, essentially lying during the initial investigation. The severance totaled $675,000, incidentally, including stock awards valued at over $37 million. Officer Big Mac will soon be serving a summons…