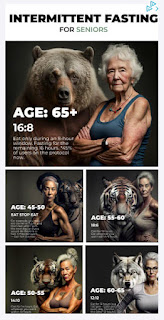 The creative team responsible for this clickbait should be sent to bed without dinner.

Posted by HighJive at 3:10 AM No comments:

10616: Representing The Misrepresented In Adland. 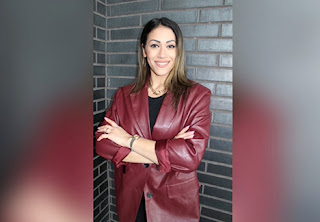 Reclaiming our identity: How Arab culture has been misrepresented

There is a lack of infrastructure for brands to authentically connect with Arabs and Muslims in America.

I have a vivid memory of being in high school history class where, like many first-generation Arabs, I had to alter my name, appearance and identify so I wasn’t a target. I navigated my childhood years yearning for a reflection of my narrative, whether on TV or in the magazines I would flip through for fashion and music inspiration.

I studied marketing and worked in the communications and marketing fields prior to starting my agency. Over time, I learned the power of advertising – the influence it has to bring cultural awareness to any group. The power of storytelling, I recognized, was immensely valuable.

My agency’s focus has always been on driving impact, but recently I have been pushing for authentic representation for my community. I noticed the challenge when pitching many corporations and brands my ideas: How can brands market to a community that has been stereotypically painted as a threat to others?

I realized that I shouldn’t take this personally, because lack of knowledge causes fear and doubt.

Early on in my career, I assumed educated people would just read up on us and recognize our true nature of peace and creativity. To my surprise, it was the complete opposite. Arabs and Muslims have typically been alienated, making advertisers hesitant to market to us.

Through years of experience, I learned there was a lack of infrastructure to authentically connect with Arabs and Muslims in America.

There isn’t any large-scale agency in the space that works with big corporations. That niche, which I authentically identify and relate to, my agency fills. My work with the United Nations allowed me to speak on global pressing issues, while gaining valuable insight on cultural competency and the social impact of business.

There is a huge, untapped market for Arab Americans to create their stories. We need to be in the meetings where decisions on campaigns relating to our culture are made. We need to be seated at the table where casting an Arab American for a role is rightfully presented. We need to fill the gaps where it’s obvious American corporations lack direction.

While I encourage corporations to welcome us, I am also pushing for our community to collectively take back our identity and paint it how we lived it – through our lens. 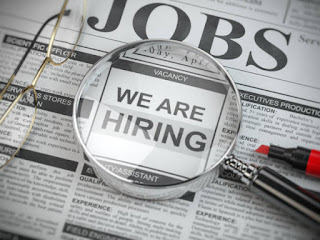 Here’s an excerpt from an actual Adland job listing…

• Learning on the Fly Drive for Results

Emphasizing “Dealing with Ambiguity” and “Strategic Agility” means there will be no specific objectives or competent briefs for assignments. Project work orders will typically declare, “Build a website” or “Create an email stream”—with no audience definitions, behavioral insights, core messaging statements, or intended response goals. Of course, the budget and schedule will be well outside of reality.

“Learning on the Fly” means there will be no training—and zero process for anything. Every project will be the Undiscovered Country. Plus, everyone will show a complete disregard for responsibility and accountability.

As for “Developing Others’ Managerial Courage,” expect a total lack of psychological safety and plenty of fear-based decisionmakers.

The actual job listing depicted above shows all that is wrong with Adland, the current employment market, and job hunting in general.

Here’s a quick review of all that is wrong:

• Delegating the screening process to inexperienced recruiters is a bad move. These individuals tend to have limited skills assessing talent. Plus, as this ad demonstrates, they also have limited skills with basic spelling and writing. “Copy of Art Director” is not a common title—or even a title at all—and the full job description has clearly not been reviewed by a proofreader. Or a competent hiring manager. The mess appears to have been copy-and-pasted together in haphazard style. In short, applicants should realize they are pursuing a completely unprofessional and lazy enterprise.

• Related to the previous point, it’s unclear which enterprise an applicant is pursuing. Employer names include Publicis Groupe, The Makers Studio, and PXP Studios. It’s a safe bet that the three places suck. The fuzziness underscores how White holding companies have created a commoditization of talent and company—that is, people are viewed as interchangeable drones and places are all pretty much the same.

• White advertising agencies do a lousy job of defining jobs—that is, they don’t really know what they want. Instead, job descriptions are seeking mythical unicorns. For this one, qualifications open by stating candidates’ “experience spans social, digital, integrated, and holistic brand marketing across multiple brands and industries.” Plus, “Experience with production is a HUGE plus” means the candidate will be handling studio production duties too. In fact, the winning candidate will likely be doing menial labor versus omnichannel campaigns—it’ll be holy shit versus holistic.

• Finally, the listing makes no mention of diversity, equity, and inclusion; additionally, it doesn’t discuss the company’s culture or provide any incentive to join the corporate community. In fact, it’s likely that the screening process doesn’t feature any deliberate desire to find non-White applicants. This all flies in the face of the performative propaganda that is probably posted on the agency website. It’s another red flag that the place may be a hypocritical cesspool steeped in systemic racism.

Employers should not be baffled when employees are quick to quit. Relationships that start with lies and deception rarely last long.

Posted by HighJive at 2:31 PM No comments:

About two years ago, Adweek—like Advertising Age—made a deliberate effort to publish non-White content under a DE&I banner. Both publications—like Adland—quietly stopped showing interest in such matters. Fade to black, er, White.

Then again, expect the annual spike of feigned enthusiasm during Black History Month.
Posted by HighJive at 12:27 AM No comments:

When did wearing a hoodie officially translate to criminal and threatening activities?

Posted by HighJive at 1:53 AM No comments: 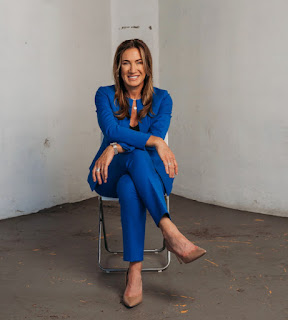 AgencySpy posted on the promotion of a new CEO at The Marketing Arm. Whatever. The executive portrait, however, is peculiar (depicted above). It looks like the White advertising agency operates in an abandoned warehouse. Congratulations—you’ve been elevated to a dingy basement…?

Posted by HighJive at 1:44 AM No comments:

Advertising Age published a Bloomberg News report on layoffs at Big Tech companies that have resulted in downsizing DE&I initiatives, diminishing diversity budgets, and dumping Human Heat Shields. Why, the only diverse things in this scenario are the ways that enterprises abandon their performative pledges for equality, justice, and progress.

WPP CEO Mark Read recently boasted that the White holding company has grown beyond advertising into a tech firm. So, it’s just a matter of time before Adland officially and fully recommits to systemic racism. It should be easy, as all the prejudiced people, processes, and privileges are still in place.

Listings for diversity, equality and inclusion roles were down 19% last year

At Twitter, the diversity, equity and inclusion team is down to just two people from 30, one former employee said. A DEI worker who was let go from a popular ride-share company said their job search has stalled as other technology companies assess their finances. And just before getting the axe at separate tech giants this fall, two DEI specialists said leadership had stopped setting long-term goals for their departments entirely.

The layoffs sweeping the technology industry are gutting diversity and inclusion departments, threatening company pledges to boost underrepresented groups in their ranks and leadership.

Listings for DEI roles were down 19% last year—a bigger decline than legal or general human resources jobs saw, according to findings from Textio, which helps companies create unbiased job ads. Only software engineering and data science jobs saw larger declines, at 24% and 27%, respectively.

Bloomberg News identified DE&I professionals who lost their jobs in recent weeks at Amazon, Meta, Twitter and Redfin. Many said they expect their responsibilities will go to former colleagues who remain or to employee resource groups, which often don’t get compensated for that work.

“I’m cautiously concerned—not that these roles will go to zero but that there will be a spike in ‘Swiss army knife’ type roles,” meaning more DE&I professionals will be spread thin as they take on additional job functions, said Textio CEO Kieran Snyder. The phenomenon isn’t likely limited to tech, either, as layoffs hit other parts of the economy.

Recent years have seen a diversity and inclusion hiring boom. After Black Lives Matter protests in 2020, organizations of all stripes made promises to boost gender and racial diversity in their ranks. Dozens brought in their first-ever Chief Diversity and Inclusion Officers. In the three months after George Floyd’s murder, DE&I job postings jumped 123%, according to data from jobs site Indeed.

Now, just as tech companies had started to make progress, they’re scaling back those teams before fully meeting goals or creating workforces that look like the broader US population. Meta Chief Diversity Officer Maxine Williams warned last fall that cost-cutting would slow its diversity hiring efforts.

“Cutting DE&I-oriented staff now, unless you’ve made really progress and can say ‘mission accomplished’ is not a good look,” said Angie Kamath, dean at the NYU School of Professional Studies, who focuses on workforce development. “There are some real risks.”

In some cases, companies might even backslide, said Monne Williams, an Atlanta-based partner at McKinsey & Company.

Workers are more likely to leave companies where equity efforts aren’t a priority. Nearly one in five female leaders have left a job in the past two years because of a company’s lack of commitment to DE&I, according to an October report from McKinsey and LeanIn.org. In a 2019 survey of 2,000 workers, McKinsey found that 39% decided against pursuing or accepting a job because of a perceived lack of inclusion at a company.

“Diversity, equity and inclusion can’t be a thing that you only do when times are good,” Williams said. “If it becomes a flavor of the week, then companies will lose out on talent.”

Partly at issue is that companies tend to lean on a “last in, first out” approach to layoffs, said Brooks Scott, founder and CEO of executive coaching firm Merging Path Coaching. “Companies have rushed to think of the bottom line, but whenever we try to optimize for speed, we’re probably going to skip over diversity, equity and inclusion.”

Instead, he said companies should consider race, gender and ethnicity when deciding who to let go.

“The actual job of delivering real progress on DE&I outcomes does not reside in a central chief diversity officer or small DE&I team alone,” she said.