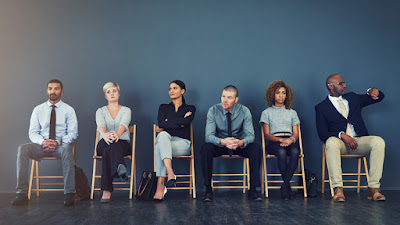 Adweek spotlighted an ANA study indicating COVID-19 will lead to marketers decreasing spending on diverse suppliers. What makes this pathetic is that the ANA has recognized marketers have shortchanged minority vendors for decades—so decreased attention means increased exclusivity.

Equally pathetic is Adweek illustrating the story with royalty-free stock photography (depicted above). Hey, an image of real minority vendors servicing the advertising industry simply isn’t in the archives.

Marketers Likely to Decrease Spend on Diverse Suppliers Due to Covid-19, ANA Says

Minority-owned businesses may take a hit as a result

Many companies are expected to pull back marketing and advertising spendin light of the economic downturn spurred by Covid-19, and it looks like some of their initiatives dedicated to diversity and inclusion will be adversely affected as a result.

Supplier diversity programs, which companies often implement to encourage the use of businesses owned by women, minorities, veterans, the LGBTQ community and those with disabilities as suppliers, may suffer in the coming months, according to the Association of National Advertisers.

“Given recent events, the state of the economy, and projections that many advertisers will decrease media investments, spending behind diverse suppliers for marketing/advertising is likely to decrease for many marketers in 2020,” the ANA said in a report on the topic released today.

This means agencies, media properties and other players in the marketing ecosystem that are considered diverse suppliers could be impacted if brands choose to invest fewer resources into securing them.

The ANA report detailed results from a survey of 105 marketers conducted in February on supplier diversity programs. Considering both the scale and impact of Covid-19 have rapidly increased since then, the survey’s responses have lost some of its relevance in the weeks since.

For instance, many respondents at the time said a specific goal of their supplier diversity program is to “increase dollar spend on a year-to-year basis.” However, some of the respondents that the ANA contacted once the pandemic reached the U.S. voiced concerns over to what extent these programs will suffer because of an overall pullback on spend.

According to the ANA, one person commented, “It’s gonna be brutal,” adding that “every spend is under review …. We are only spending to keep the lights on in the office … if you don’t need it, don’t spend on it.”

The ANA said 40% of the marketers who responded to the survey have a supplier diversity strategy specifically for marketing and advertising, while 75% have one for their organization overall. Spend with diverse suppliers was “much more likely to increase than decrease from 2018 to 2019,” the report said, noting that for marketing and advertising in particular, 37% upped their spending and 10% pulled back.

This survey’s findings also suggest that there is a “greater lack of diverse suppliers” for marketing and advertising when compared to other sectors. According to the report, 81% of respondents said they spent less than 10% on diverse “Tier 1” suppliers dedicated to marketing and advertising services last year. “Tier 1” means the company works with that supplier directly instead of through a third party.

The ANA said this is partly because “there are few diverse supplier resources for media,” explaining that Spanish-language network Univision is actually owned by a private equity firm and therefore not considered a diverse supplier. Additionally, many multicultural agencies are owned by holding companies, which prevents them from being classified as diverse suppliers.

They funneled money to the white wives of white male vendors, after helping them put their companies in their names.

There's a whole cottage industry of "diversity consultants" hired by marketers and holding companies and agencies that figured out how to pull that particular scam off, and they've been doing it for years.

Actual minority vendors will be just fine on their standard diet of crumbs. They've gotten along all this time with agencies pretending to contract with them while giving all the real work to white ladies, lumping them under the "minority spending" umbrella in annual reports.

I hope I live to see the day that someone bothers to ask a big marketer, in public, what percentage of their minority spend is with white women vendors vs. ethnic minority ones.