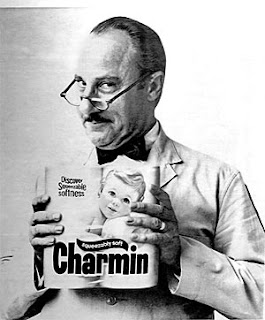 In the advertising industry, it’s easy to identify the most culturally clueless people: Old White Guys.

Whenever some adman admits (usually in a self-deprecating tone), “Hey, I’m just an Old White Guy,” rest assured he’s about to follow through with culturally clueless commentary of the highest order.

This phenomenon was demonstrated when Luke Sullivan recently spoke on “The Drum”—podcast of The Marcus Graham Project.

Sullivan, of course, is the author of “Hey Whipple, Squeeze This: A Guide to Creating Great Advertising,” and he’s also a Creative Director at GSD&M in Austin, Texas. Anyway, the conversation was rolling along quite nicely, with Sullivan plugging his book and offering personal perspectives on various industry-related topics. But around 45 minutes into the broadcast, things took a clumsy turn.

MultiCultClassics can’t recall the exact details, and our busy schedule and general laziness prohibit typing a transcript. At one point, the interviewer brought up Millennials and minority consumers, and he asked Sullivan how GSD&M creates messages targeting such audiences when the agency might not be familiar with specific cultural nuances.

Sullivan initially claimed that the agency would hire specialists to join a project and deliver insights and relevant concepts. Then Sullivan remarked that he really didn’t subscribe to the notion of bringing in consultants to tell him if something would or wouldn’t resonate with minorities—which he added might be perceived as an “incendiary” viewpoint. Later, Sullivan copped the standard “A Big Idea Is A Big Idea” position; that is, big ideas have universal appeal. Plus, he appeared to imply that he didn’t believe in separating agencies by discipline or culture. Sullivan also segued to inclusive hiring, stating that the GSD&M staff reflects America pretty well. And he boasted that his agency supports supplier diversity to ensure “a bunch of Old White Guys” don’t give all the jobs to other “Old White Guys.” Throughout the awkward ramblings, Sullivan sprinkled in additional “Hey, I’m just an Old White Guy” references.

Sullivan’s words were not “incendiary” in the slightest; rather, they were sadly indicative of the ignorance plaguing too many iconic figures in our industry. To be clear, Sullivan is no Dan Wieden. And he’s no Alex Bogusky, as Bogusky opened the Pandora’s Box by making diversity the focus of an online show and inviting Black guests to examine the matter. However, Sullivan must definitely be categorized as an Old White Guy—along with Wieden, Bogusky, Mike Hughes, John Siefert, Rick Boyko, Tim Arnold and countless others. He certainly displays the common symptoms and cultural cluelessness for Old White Guy classification.

Blog visitors might now be asking, so what’s the problem?

Well, the problem is that our industry—with its legendary dearth of diversity—will have great difficulty making progress while Old White Guys are in control.

Chris Rock recognized why Old Black Men are the most racist people, as the comedian explained that a lifetime of discriminatory conditioning led to the anger and bias. In contrast, Old White Guys seem oblivious to their own cultural cluelessness and its root causes.

Let’s take Sullivan, for example. The man said he’s been in the ad game for 31 years, employed by The Martin Agency, Fallon McElligott and GSD&M. Mike Hughes of The Martin Agency confessed, “We’ve done a pretty poor job on diversity as an industry and we’ve got to do better.” Fallon McElligott is headquartered in Minnesota—‘nuff said. GSD&M is responsible for Popeyes Chicken advertising—‘nuff said again. In short, Sullivan has spent his entire career in exclusive environments. He’s used to being in exclusive environments. Hell, he’s probably proud to have been in exclusive environments. Old White Guys enjoy the privileges of exclusive environments—consciously or unconsciously—including the money, awards and business fame. As a result, Old White Guys don’t see diversity as something demanding attention. Deep down, they think fighting for inclusive workplaces is an unnecessary pile of politically-correct poppycock—an outrageous shakedown conducted by Jesse Jackson and Al Sharpton.

Old White Guys conclude the true troubles reside with minorities. By golly, colored people simply aren’t aware of the advertising industry and the wondrous opportunities on Madison Avenue. Hence, Old White Guys opt for launching inner-city youth outreach programs and/or delegating diversity to the resident non-White person. Yet no action plans are devised to revamp the existing exclusive environments and the hiring practices that preserve the exclusivity. Mid- and senior-level minority executives are ignored or deemed extinct when searching for candidates. And heaven forbid Old White Guys might submit to education or rehabilitation in order to gain enlightenment.

Arrogance and ignorance prohibit Old White Guys from advancing beyond the cultural Cro-Magnon stage on the evolutionary chart. Indeed, they’ll probably take offense when reading this post. After all, Old White Guy is the new N-Word; that is, it’s OK for Old White Guys to use the term, but it’s an obscene slur when non-Old White Guys use it.

Sullivan updated his book to cover new media and DRTV. Plus, he mentioned inserting fresh case studies to keep the content from feeling outdated. But don’t expect future versions to include sections on multicultural marketing or diversity.

During the broadcast, Sullivan declared, “The world’s changing. You have to change with it or die.” Regarding diversity on Madison Avenue, it seems as if change won’t occur until Old White Guys die.
Posted by HighJive at 12:24 AM

Spoken like the Malcolm X of Madison Ave!
It's so true; many big ideas in advertising are just hubris awash in memes of a particular segment of general market pop culture. (aka frat-boy humor that the entire agency must acquiesce to)

This a post demonstrates a great example of the ad industry's cultural blinders that continues to shield its power structure from something as simple and readily viewable as census numbers.

The world ISN'T changing –– the world HAS changed.

Congratulations on discovering the Fountain of Youth and knowing that you, yourself will never grow old.