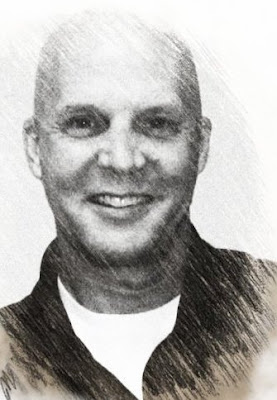 Advertising Age published an editorial by Carl Warner titled, “Out of the Agency Closet: It’s a Voice -- Gasp! -- from the Right”—and it’s not right on so many levels.

Warner is dead wrong from the subhead. “Political Conservatives Are Rare in Our Industry, We Should Hire More of Them,” asserted the author. Mark Robinson presented a succinct rebuttal in the comments section:

Oh please. There aren’t enough conservatives in advertising? Who are you kidding? The advertising industry is legendary for its conservative political thinkers. Every major Republican candidate since Richard Nixon in 1960 has been aided and guided by “Mad Men”, not just any guys, but the great icons of our business.

Do you actually believe that advertising agencies would have one of the poorest workforce diversity records of virtually any white collar profession (no pun intended) if its ranks—and its leadership—were not dominated by conservatives?

Mr. Warner, you either know very little about the profession that we share, or like many in our business, you’re trying to sell me a load of baloney.

Warner’s ignorance accelerated its momentum with his opening sentences: “We all agree that diversity is not only important to this industry, but something we struggle with. For this conversation, we often discuss the differences of gender, race and lifestyle. But what about diversity of thought?” First of all, the majority of people in the business do not agree diversity is important to the industry; otherwise, it wouldn’t remain a dream deferred for over 60 years. Secondly, for Warner to ask why no one discusses “diversity of thought” indicates he’s never participated in the conversation. The entire argument for creating inclusive workforces is routinely based on “diversity of thought”—only the culturally clueless and blatantly racist position the discussion as being about “the differences of gender, race and lifestyle.”

With his next sentence, Warner established his stupidity. The moron typed, “Diversifying our industry with women, minorities and people with varying lifestyles was the right thing to do.” Was?! Um, what planet is this jackass living on? Warner appears to believe Madison Avenue is in a post-racial state, oblivious to the reality that we’re closer to mirroring a time period prior to the Civil Rights Era.

Warner’s insanity continued with the following pap: “As we search to create original ideas, we benefit from a talented, diverse mix of people who will bring different experiences and ideas into the room. It’s one of my favorite things about advertising—how different we are, yet how little that matters to each of us as we work together toward a common goal.” Again, it’s astounding that Warner is propping up the industry as a Multicultural Mecca. His words are patronizing at best, and offensive at least. Warner should be forced to elaborate on his personal experiences with diversity. Please share your firsthand accounts and Kum Ba Yah moments, Mr. Warner. Ironically, the man reflects the worst of political conservatives with his absolute incompetence regarding anything that isn’t White and/or male.

To underscore his brainlessness, Warner referenced Dr. Martin Luther King Jr. “I believe, as Dr. Martin Luther King said, that the content of a person’s character is all that matters, and not the color of their skin,” declared Warner. For the record, MLK said, “I have a dream that my four little children will one day live in a nation where they will not be judged by the color of their skin, but by the content of their character.” Sorry, but Warner’s interpretation of the quote is a tad self-absorbed and selfish.

Expounding on his loneliness as a conservative—as well as his brave decision to reveal his conservative identity—Warner blubbered, “It’s been difficult deciding if coming out is the right thing to do. I have wondered, will it hurt my livelihood and subsequently my family? It seems odd that in an open-minded field like advertising, where differences are celebrated, that any group would feel stifled. … I also believe that openly accepting conservative people will help our industry.” Alas, poor Warner! The pitiful guy has such a cross to carry. Struggling to gain acceptance on Madison Avenue as a conservative White man has to be physically and emotionally draining. The isolation and exclusion must be unbearable.

However, the truth is exposed via an “About The Author” blurb stating, “Carl Warner has created campaigns for brands such as Lexus, Tabasco, the U.S. Marine Corps, Bud Light, Ford and American Airlines for more than 20 years.” In other words, Warner is a career huckster. He is full of shit and a freaking con artist. The man has reaped the rewards of the field and represents everything that is wrong with our industry. And that’s a conservative opinion.

As a permalancer floating between agencies for a decade, I can think of maybe six, tops, people I've encountered through the years who were professed conservatives.

Absolutely every other person was an admitted, proud, vocal liberal. I've been in two creative sessions at two separate, unrelated agencies in the last few weeks where the entire room spent their downtime bashing Republicans and professing their own hipper, more liberal street cred.

It makes me wonder if the problem with a lack of any racial diversity in agencies is because everyone (and yes, in my experience it has been everyone) is flying such a huge banner of liberalism and tolerance and diversity that they are blind to the fact that they're not quite as open to differences as they could be.

Thanks for the comment. Must admit your experiences sound a little far-fetched. Perhaps the current campaign and debates have sparked political discussions in agencies. Would argue that most of the time, most agency people spend their working hours focused on things like, well, the work. Agency politics are not typically trumped by electoral politics. You should consider connecting with better shops. And it’s all not really relevant to the fact that Carl Warner is an ignorant douche bag. Thanks again for the comment.

Again, spent downtime, break time, stopping work to snack and eat and at the same time discuss how Republicans are bad and horrible because of XYZ and Democrats are so much better and more open minded because of ABC.

It's just a variation on every other side conversation I've heard on every topic under the sun from people inside agencies, which just boils down to "we are very liberal and diverse and open minded" when, in practice, these are incredibly closed shops that only let a tiny circle of people exactly like them in. Which is almost always totally exclusive of PoC.

These are not rinky dink agencies, these are established shops with people that set the climate for the industry in general.

I think it's very relevant that the same agencies that are so resistant to change, and keep hiring variations of themselves over and over again, are touting themselves as open and diverse.

I don't think in a billion years that Carl Warner has the answers, but I do think these agencies need to take the blinders off and look around the room a lot more closely.

Well, to be clear, it’s pretty odd to hear what you claim—although there’s obviously no reason to doubt your experiences. Just saying your experiences are unique. Can’t think of any time where an agency’s staff touted its political leanings to such a degree. In today’s climate, that would almost constitute a hostile work environment. To twist a phrase, the separation of church and state—and politics—needs to be respected in modern workplaces.

On another tip, can’t think of any agency touting itself as open and diverse—especially diverse (with the exception of a few multicultural agencies that are actually less than diverse too). Yes, agencies claim to be liberal-minded and non-discriminatory, but the makeup of the staffs tells a different story. This observation has been examined here repeatedly.

Thanks again for the comments. But still suggest you seek out a broader range of agencies.