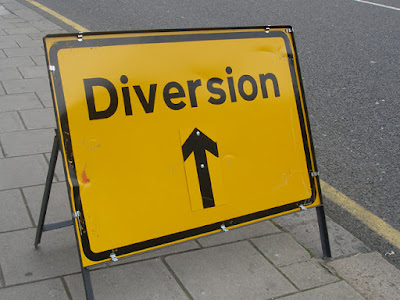 Diverted Diversity was the theme for 2015. After all, the past year saw the most progress for diversity in decades—albeit exclusively benefitting White women. Yes, the oh-so-awful plight of White women to achieve equality in the advertising industry is finally being addressed. Shattering the glass ceiling has become, well, sexy. You go, girl! Go ahead and create diversions to take the ever-dimming spotlight off racial and ethnic discrimination in our field.

CES 2015 digitally diverted diversity by showing “the smartest people in the room” are predominately White women.

Thinkbox CEO and Wacl VP Lindsey Clay diverted diversity like a damned dumb dame, prompting a request that she stifle herself. BTW, Wacl is wack and wildly exclusive.

M&C Saatchi diverted diversity by replacing one White woman with four men. Plus, the place hired a White woman to serve in the new role of head of talent.

Kat Gordon diverted diversity with a fumble for the Super Bowl. The woman is fast becoming the Queen of Diversity Diversion, with certifiably nutty ideas. Honestly, how many women of color have advanced through 3% Conference efforts? Probably less than three.

Ogilvy New York diverted diversity by finding a qualified White woman in their own hallways.

Why, diverting diversity is getting redundant at times.

Diversity is diverted when you embrace failure and hold bitch sessions and whine events.

OgilvyOne diverted diversity with one round of promotions.

Adweek diverted diversity and celebrated the rash of White women hired as Chief Creative Officers, including a laughable quote from Y&R NYC CCO Leslie Sims: “Diversity of any kind on an agency leadership team is a real advantage. And given that there’s such a wide array of clients and even a broader diversity of consumers, making sure you have a mixture of perspective is really important.” A peek at the People page of Y&R’s website clearly shows the “real advantage” is essentially White privilege.

White men diverted diversity by jumping on the White women bandwagon, inspired by daughters, Glass Lions, Rosa Parks, Harriet Tubman and Caitlyn Jenner. Plus, the ever-culturally-clueless Sir John Hegarty chimed in to declare, “There is no glass ceiling in our industry.” The old man also presented a semi-polite version of the Neil French perspective.

Finally, BBDO New York President and CEO John Osborn wished he will divert diversity in 2016. And he’ll probably do it—along with the rest of the advertising industry.