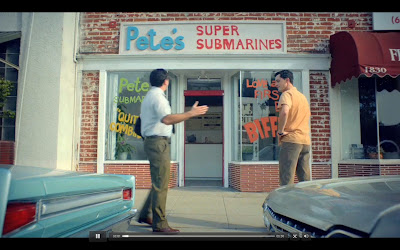 Advertising Age spotlighted the new Subway campaign from BBDO, which plays off the sandwich chain’s history. Does anybody really give a shit about Subway’s White-bread founders? Telling this story relegates minorities to bit players (i.e., crew members or customers)—despite Subway’s alleged commitment to diversity. If Subway truly values “the cultural richness and breadth of ideas resulting from the diversity that is fostered in who we are and what we do,” why did it hire an exclusively White advertising agency where diversity is a dream deferred and denied? There’s nothing fresh about the hypocrisy demonstrated here. 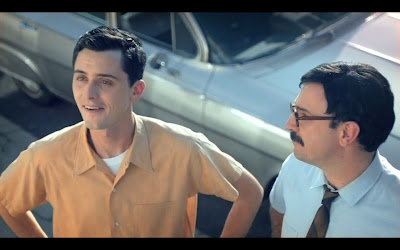 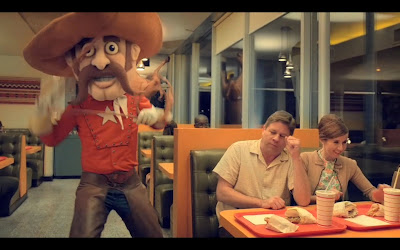 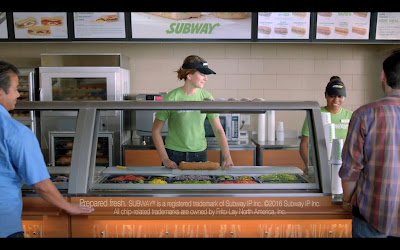 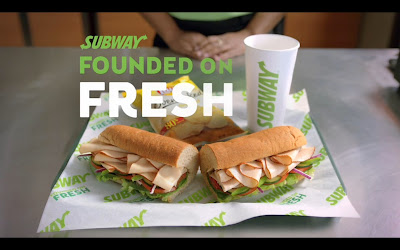 Sandwich Chain Breaks New Campaign Harkening Back to Its 1965 Founding

As it stakes out a new brand positioning that is less about discounts and more about the food, Subway is looking backwards—all the way to the sandwich chain’s founding in 1965.

A new campaign by new agency BBDO tells the story of how Subway founders Fred DeLuca and Peter Buck started the chain with a simple idea of creating fresh sandwiches at a “time when artificial foods and gimmicks were all the rage.” The campaign—set to debut Dec. 27 during NFL programming—marks the beginning of a significant strategy shift for Subway, which is seeking to recover from sluggish sales trends and PR woes related to the downfall of former pitchman Jared Fogle.

The new approach will include fewer celebrities and less talk about discounts. For instance, the oft-used “Five Dollar Footlong” jingle will be eliminated. Also, the chain’s “Famous Fans” line-up of star endorsers, which in recent years has included celebs like Olympian Michael Phelps, has been retired. And while Subway will keep its “fresh” positioning, the chain will talk about fresh in a new way, emphasizing moves like a planned transition away from using meat sourced from animals treated with antibiotics.

“Fresh as a subject has really changed from when we introduced it 15 years ago when it was about making the sandwiches fresh and having fresh produce,” said Chief Advertising Officer Chris Carroll. Now, he said, fresh is more about what goes into the ingredients, including concerns about antibiotic use. “It’s not just an advertising change to the brand. This is an entire company effort, from products to the way we operate the restaurants.”

As part of that effort, Subway this spring is planning to introduce a rotisserie chicken sandwich that is “completely antibiotic-free,” Mr. Carroll said.

The first round of ads, which use the tagline “Founded on Fresh,” will run for about two months. The chain is still debating the fate of its existing tagline, “Eat Fresh,” Mr. Carroll said. The reason Subway went back to the beginning with the “founders” spot is to show millennials that “there is really substance to this brand—there is a real founder,” he said. With that as background, “as we go forward, we can make some claims with some credibility.”

In the ads, Mr. DeLuca is played by his son, Jonathan. Fred DeLuca—who opened the first Subway in Connecticut with a $1,000 loan from Mr. Buck—died in September after a battle with leukemia. Earlier this year, Mr. DeLuca named his sister, Suzanne Greco, to lead the company.

Mr. Carroll returned to Subway over the summer on a full-time basis after serving in a consulting role. He had previously served as senior VP-global marketing from 1999 to 2005. He reports directly to Ms. Greco and oversees creative development, consumer research, media and merchandising. Joe Tripodi, a former Coca-Cola Co. CMO who was named Subway’s global CMO in early December, oversees research and development, products, packaging and pricing and also reports to Ms. Greco, Mr. Carroll said.

Mr. Carroll said the new ad positioning is rooted in research that occurred before Mr. Fogle’s downfall, which began unfolding over the summer. Mr Fogle in November was sentenced to more than 15 years in prison after he admitted to receiving child pornography and paying for sex with minors. At Subway, he was the longtime face of a weight-loss message.

“We started this work before the whole thing with [Mr. Fogle] went down,” Mr. Carroll said. “We had made the decision [that] what he stood for around losing weight and … no fat, no calories—that was what fresh used to be. If we were going to redefine the brand, we had to redefine it with a new strategy and new tactics.”

On the move away from sports celebrities, he said: “I’m not sure it’s so believable when you put certain sports celebrities on that they really do eat your product every day as part of their training regimen. So we’ve walked away from that.” Subway will still do some targeted sports marketing, such as continuing to reach out to Nascar fans by using Subway endorser Carl Edwards, he said.

As for those “Five Dollar Footlong” ads, Mr. Carroll said the marketing at one time “made that offer so amazingly attractive: I’m getting an $8 sandwich for $5.” But, he added, “after a while you convince consumers that it’s really only a $5 sandwich and so that’s really what it’s worth.”

In the end, franchisees convinced Subway leaders that “we don’t have to discount our products,” he said. “We have a great product. Our consumers love it. Just tell our story.”