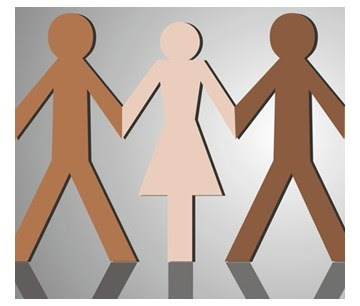 The IPA presented its survey results on racial and ethnic diversity in adland, and the low numbers are not surprising. The survey designated non-Whites as BAME (Black, Asian and Minority Ethnic), but didn’t break the figures down further to reveal specific percentages for Blacks, Asians and other ethnic minorities employed by U.K. advertising agencies. As previously noted, the U.K. appears to mirror the U.S. in regards to diversity, including implementing a lot of the same clichéd solutions like minority internships and hand-wringing committees. However, Chief Diversity Officers seem to be unique to America. The IPA also announced an ambitious goal: non-Whites should account for 15% of leadership positions within four years. Hey, Draftfcb couldn’t even deliver on the vow to eliminate the term “diversity and inclusion” from its corporate lexicon within two years. Too bad the IPA has zero authority to mandate anything.

New BAME figures released today (21st January) by the IPA reveal the ethnic diversity representation within the UK’s biggest agencies*. The IPA has also set an ambitious target for member agencies: by 2020, 15% of people in leadership positions should be from a non-white background. This is in addition to the IPA’s existing commitment to help the industry recruit 25% of new joiners from BAME backgrounds by 2020.

• Employees from a BAME background account for 13.1% of agency staff.

• At 14.5%, media agencies have a slightly higher percentage of BAME employees than creative agencies, at 12.3%.

• 8.0% of those at the top end of the seniority scale (Chair, CEO, MD) are from a non-white background. This is higher in creative agencies at 10.8% than in media agencies at 2.9%. In FTSE 100 companies, 3.5% of senior executives are from a BAME background (source: http://www.thebigidea.co.uk/get-bame-people-boardrooms/).

This second set of figures have been gathered as part of President Tom Knox’s ‘Here for Good’ agenda to reassert and secure for the future advertising’s role as a culturally, social and economically enriching force for good.

View the full set of diversity figures, along with the gender figures here.

In commenting on the figures Tom Knox says: “13.1% BAME representation isn’t going to be good enough in the future and the fact that only 8% of the most senior people in our biggest agencies come from a non-white background concerns me. If we are to realise our goals, we need to do much more to promote the proven business case of diversity in leadership teams which will require us to come together as an industry and re-think our strategies.”

The IPA will support its member agencies in meeting these targets by continuing to promote and develop a wealth of programmes including AdMission, Creative Pioneers and The Great British Diversity Experiment. This Monday (25 January) the IPA is hosting a 44 Club diversity debate ‘Playing the BAME game’.

The first part of the survey, on gender representation in the industry’s biggest agencies, was revealed last week (14 January).

This survey is in addition to the IPA’s annual Agency Census which will be published on the 28th January.

*The IPA’s biggest agencies either have a gross income above £20million or more than 200 employees.

That's not helpful at all if they don't break down the numbers further. It's highly likely that of the BAME employees, 90% of them are Asian.

It's also likely that, as in the US, the majority of those ethnic employees at the higher creative and decision-making levels are non-white 'exotic imports' from overseas offices that are only based in the UK temporarily. See: White Brazilians, Wealthy Malaysians, etc.

Why not release the exact breakdown by ethnicity if they're not hiding something, like an enormous tilt towards anybody-but-black in key positions that aren't secretarial or support services?