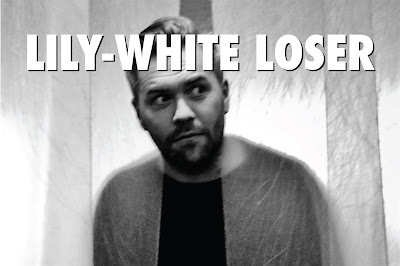 The year ahead for advertising agencies by Grey London Chairman and Chief Creative Officer Nils Leonard originally appeared at Campaign, serving as the perfect puke to kick off 2016 in adland.

Leonard opened by sharing his annoyance with a Grey staffer who ordered ten white lilies a day to decorate their office. “I have nothing against flowers. Or against the person ordering them. A bunch of flowers might seem small. But they became a symbol of something bigger for me,” explained Leonard. “A symbol of shitness. Of worrying about the wrong stuff. That someone chose to tend over this floral spurt, every day, rather than look to the hard stuff, freaked me out.” Talk about missing the big picture. Would Leonard ever consider looking to “the hard stuff” in terms of changing the lily-White advertising agency he’s leading? The abysmal lack of inclusiveness at shops like Grey is “a symbol of shitness” that demands breakthrough solutions, Mr. Leonard.

Additional noteworthy nonsense included, “2016 is the year we make a choice. Make ads or make culture. They’re rarely the same thing. And I know what the talented ones would rather spend their time creating.” Okay, but it’s tough to create culture when you’re a culturally clueless coward. Leonard also declared, “So stop worrying about how things were before. Leave comfort, the old model and the past far behind. Strategist or suit, creative or client, regardless of discipline, experience, age, sex and colour, I hope you had a good rest over the break. Because this year we set fire to some ships.” How appropriate for Leonard to present a progressive list where gender appears before race and ethnicity. Look forward to losers like Leonard promoting more White women in 2016 and the years ahead, acting under the guise of revolutionary activism—and ultimately perpetuating “how things were before” and embracing “the old model and the past” in regards to hiring practices that fuel exclusivity and discrimination. Leonard closed by boldly proclaiming his intent to “set fire to some ships.” Um, it’s safe to predict that in adland, minorities will remain in the same boat—or slave ship—for quite some time.

Did he really just use "burning the ships behind us" as a motivator? Like what the Spanish explorers did in the New World so their men would stay to rape and pillage instead of going back home?

Kind of an apt image I guess. "Come for the ability to make money off of the 'Total Market,' stay for the chance to rape and pillage and return nothing to the community you're plundering for gold!"