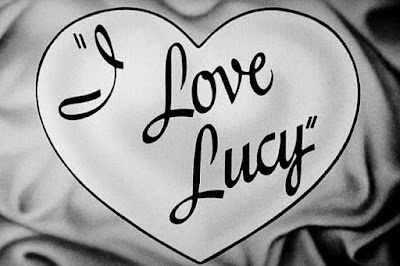 Advertising Age diverted diversity by publishing a pile of poop titled, “It’s Time for Wage Equality in Advertising,” by Venables Bell & Partners Founder and Executive Strategy Director Lucy Farey-Jones. The author declared, “Teams comprised of more diverse backgrounds come up with more original thinking. Surely this is a no-brainer for our industry, given that we are in the business of ideas.” Of course, Farey-Jones made the point to fight for gender equality versus, say, racial and ethnic diversity. MultiCultClassics has already knocked her agency for its predominately White staff—which appears to be quite friendly to Caucasian females. Hopefully, Farey-Jones is using her authority as a founder to ensure the women employees receive fair and equal pay. She clearly isn’t doing shit to create an inclusive workplace for non-White people. Hey, it could easily be argued that Farey-Jones has failed to earn her unequal paycheck in that area of leadership accountability.

Why Gender Equality Is Good for the Advertising Industry

This year, VB&P resolved to embark on a wage-equality audit. And with this column I’m calling on other agencies to do the same. Here’s why.

In October, I spoke at a conference. Nothing unusual about that, or so I thought. Months later the event stayed with me. My mind was well and truly blown by the agenda that Kat Gordon put together for 2015’s 3% conference.

I came away believing it should be named the 100% conference; the issues raised by the speakers and panelists are clearly issues that affect the whole workplace. Top of the agenda was the unequivocal truth that gender equality is good for business.

Teams comprised of more diverse backgrounds come up with more original thinking. Surely this is a no-brainer for our industry, given that we are in the business of ideas. Yet, just 11% of industry creative directors are female. And female founders such as myself are sadly few and far between. The onus has to be on the leaders of our industry, male and female, client and agency side, to model opportunities for women and other minorities. You can’t be what you can’t see.

It was 15 years ago that three other partners and I started VB&P. We have always lived by the mantra “do right by people” and have strived to give equal opportunities to all. In that time, I have noticed a marked change in my clients. It is more and more likely these days that I now face a female CEO or CMO across the table as the balance is subtly shifting.

But as we enter 2016 there is an adjacent issue that needs raising in our industry. And that is that across America, women’s median earnings are 83% of those of male full-time wage and salary workers, according to the Bureau of Labor Statistics’ latest report.

JFK signed the equal pay act in 1963, yet 53 years later, we still have a massive gulf between the earnings of men and women. This is vividly demonstrated by Equal Pay Day, which shows how many days women will have to work after year end to catch up with the earnings of men. To match what men would have earned in 2015, women would have to work through April 12, 2016.

In fact, the World Economic Forum recently forecast that if the gender wage gap continues to narrow at this glacial pace, we will not see wage equality until 2133. I have two daughters ages 9 and 6 and, at the current rate of change, wage equality does not hit till my great-great-great-great granddaughter’s paycheck.

People who know me well know that I am not known for my patience.

Credit for this idea should go to Beth Rilee-Kelley, the COO of The Martin Agency, and my fellow panelists at the 3% conference. Understanding that you can’t be what you can’t see, she inspired the conference with her story of how she had instituted a wage-equity audit.

With this column, I am calling for all agencies who care about equality to do the same and change this industry. Tweet me if you would like to know how (Twitter handle below).

We are the change-makers, after all.

They're angling for a nice, fat government contract, and to out maneuver the agencies that currently have the accounts, they have to seem to be committed to diversity. Hence all this public talk of "as a woman owner this," and "as a woman founder that."

Watch the accounts they go after in 2016 and 2017 and what they eventually land.

Money's on them taking food out of Burrell's mouth.

Real funny how it's all "Venables Bell is a diverse woman company!" on paper and in that government index, yet when push comes to shove here in Adage it's the guy owner who pops up front and center.