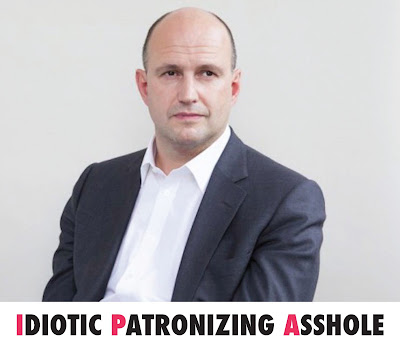 UK advertiser organization the IPA (Institute of Practitioners in Advertising) declared advertising agencies should strive to meet “ambitious” diversity targets in the years ahead. Specifically, IPA President Tom Knox announced that women—presumably White women—ought to account for 40 percent of senior-level positions by 2020. Additionally, the top agencies must aim for 15 percent of senior-level positions to be held by non-Whites. Clearly, Knox is not familiar with Leo Burnett’s prediction that fair racial and ethnic representation won’t happen until at least 2079. It’s also important to note that the IPA probably has as much influence in such matters as the 4As or ANA in the U.S. Via Campaign, the IPA shared gender figures from a survey today, and plans to release the racial and ethnic numbers on January 21. Sorry, but the percentages for White women show there isn’t a huge problem—certainly nothing to warrant the constant whining of idiots like Kat Gordon of The 3% Conference. Yet even the IPA diverted diversity by jumping on the White women bandwagon. Perhaps the organization’s acronym actually stands for Idiotic Patronizing Assholes.

OK, but can we get him to define "15 percent of senior-level positions to be held by non-Whites."

Does that mean flying in wealthy Malaysian Creative Directors and then celebrating the diversity? Or shuffling employees of ad agency holding companies, so that half the staff of one of their offices in India or South Africa lands in London, and THOSE overseas staff get counted as diversity hires on UK soil?

Because it's starting to seem as if advertising is a playground for rich people from rich families, which is precisely why there's no real diversity, and no very few other people (especially not local people of color) can afford to be in the in ad world.