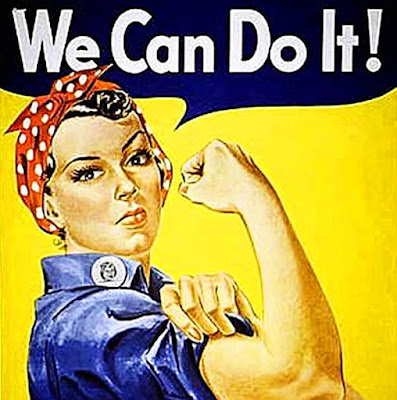 MediaCom Chief Strategy Officer Sue Unerman predicts strong women will be a big trend in 2016; hence, advertising agencies should avoid depicting female stereotypes. Of course, Unerman has little to say about stereotyping minorities, as non-White groups are woefully underrepresented in advertising. It’s so much easier to promote White women and ultimately divert diversity in 2016 and beyond. Amazing to realize Unerman works for Karen Blackett.

Strong women on the rise will be big trend in 2016

If you’re planning content or communications to target women in 2016, ditch the old stereotypes.

“If she doesn’t do the challenge, then Beyonce will weep.” That was Vicky Pattison talking about Lady Colin Campbell’s first jungle challenge on ITV’s I’m A Celebrity a month ago.

Pattison, who the Radio Times quaintly characterised as being famous for “getting drunk and shouting a lot on MTV’s Geordie Shore”, painted a picture of an alliance of strong women everywhere who must not let each other down.

Even if Lady C had no idea of who Beyonce is and vice versa, it’s a nice thought that they would get on if they met, and that Lady C – the clever casting choice of this year’s I’m A Celebrity – is part of a league of strong women whether she likes it or not.

This is not the only current outing of strong women in media.

The latest instalment of Hunger Games has stormed the box office in the US and the franchise is opening a dystopian theme park in Dubai. The rides will include a “lavish” rollercoaster, built to imitate the train in which Katniss and Peeta make the dark journey to the Capitol. Thrilling.

Katniss, the heroine of the franchise, is a fighter of course. So is Lady C. They are strong, assertive, competitive women.

Strong women who are everywhere, except, as J. Walter Thompson’s global board planning director, Rachel Pashley, recently pointed out, there are “so few heroic models of women in advertising”.

Cultural stereotypes still persist all over the place that show women exclusively as passive creatures, nurturing, and good at relationships. These stereotypes can lead to big missed opportunities in branding and business.

In the Hofstede model of intercultural communications styles – an otherwise very useful tool for understanding cultural differences – one of the categories is “masculinity”.

This is defined as “cultures where people value achievement and competitiveness, as well as acquisition of money and other material objects”. Which we must take to mean that femininity is not concerned with achievement. Not about winning.

In the boardroom, these stereotypes still sometimes means that the only woman, or the first woman, on the board is the HR director.

Brands which don’t embrace the notion of strong women will find themselves out of sync with millions and adrift from a huge wave of cultural traction.

Recent archeological discoveries can confirm that these notions of what defines masculinity and femininity are not innate.

Early civilisations just didn’t work like that. Thanks to new techniques all the assumptions about how men and women once lived are being re-written.

Ancient burial sites are being redefined by modern forensics. For over a century, from the earliest days of excavation in the name of science, if a grave was found with weapons in it, the skeleton was always assumed to be that of a man.

DNA testing now proves that a significant proportion in some sites actually contain the bones of women fighters. Strong women have been literally fighters since antiquity.

In her book, The Amazons, Lives and Legends of Warrior Women across the Ancient World, author Adrienne Mayor writes that in Scythian graves of dating from the Iron Age nearly a quarter of the women were warriors. The condition of the skeletons shows that these women were fighters not exclusively home makers.

An excavation at Hadrian’s Wall has uncovered two skeletons, they are believed to be cavalry officers because of the artefacts, they are now known to be women.

We can assume that they certainly valued achievement and competitiveness and perhaps the acquisition of material objects.

It is long past time to throw away gender stereotypes. Brands and businesses must understand that we all identify across the whole spectrum of masculinity and femininity as they are currently defined.

Strong women are on the rise. If you’re planning content or communications to target women in 2016, don’t miss out on this trend.

Sue Unerman is the chief strategy officer at MediaCom.

"Currently, diversity initiatives’ strongest accomplishment may actually be protecting the organization from litigation — not protecting the interests of underrepresented groups."

“The campaign will also include a multicultural effort, with three separate ads tailored for African American, Hispanic and LGBT audiences.”

Prepare for one of two options.

Either an all-white team created and shot these Lexus ads for the AA and Hispanic audiences (cutting out minority ad pros completely, while using one or two ethnic consultants or translators), just like they did with their “multicultural” Toyota campaign filmed on a slave plantation last time around…

OR they gave all the money to the white team, and everyone else ethnic got crumbs, so the work will be 1/5th as good, on 1/5th of the budget.