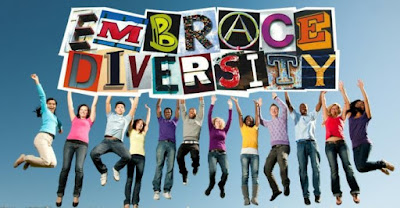 A MultiCultClassics visitor pointed out a Harvard Business Review report on the dubious effectiveness of diversity policies in U.S. companies. The report title capsulizes the content: Diversity Policies Don’t Help Women or Minorities, and They Make White Men Feel Threatened. Not sure there’s anything surprising in the report, as much of this is common knowledge and common sense—plus, it’s territory already covered in the 2008 book, Corporate Tribalism, by Thomas Kochman and Jean Mavrelis. It’s interesting that the authors of the HBR report appear to be White women, as White women represent the group that has most benefited from affirmative action and arguably reaps the rewards of diversity policies, at least in terms of allowing companies to boost diversity hiring figures by including White women.

Regarding the advertising industry, the HBR report doesn’t really apply—mostly because there are no true diversity policies on Madison Avenue. Rather, White advertising agencies are delegating diversity to semi-token Chief Diversity Officers, or shops have diverted diversity by jumping onto the White women bandwagon. Indeed, White women are nearly as responsible as White men for the exclusivity in the field. Plus, minorities are segregated to multicultural marketing to face further inequality and second-class citizenship. Then the half-hearted, fully discriminatory efforts are saluted with ADCOLOR® Awards and shiny trophies. You don’t need a Harvard MBA to prove any of this bullshit.

U.S. companies spend millions annually on diversity programs and policies. Mission statements and recruitment materials touting companies’ commitment to diversity are ubiquitous. And many managers are tasked with the complex goal of “managing diversity” — which can mean anything from ensuring equal employment opportunity compliance, to instituting cultural sensitivity training programs, to focusing on the recruitment and retention of minorities and women.

Are all of these efforts working? In terms of increasing demographic diversity, the answer appears to be not really. The most commonly used diversity programs do little to increase representation of minorities and women. A longitudinal study of over 700 U.S. companies found that implementing diversity training programs has little positive effect and may even decrease representation of black women.

Most people assume that diversity policies make companies fairer for women and minorities, though the data suggest otherwise. Even when there is clear evidence of discrimination at a company, the presence of a diversity policy leads people to discount claims of unfair treatment. In previous research, we’ve found that this is especially true for members of dominant groups and those who tend to believe that the system is generally fair.

All this has a real effect in court. In a 2011 Supreme Court class action case, Walmart successfully used the mere presence of its anti-discrimination policy to defend itself against allegations of gender discrimination. And Walmart isn’t alone: the “diversity defense” often succeeds, making organizations less accountable for discriminatory practices.

There’s another way the rhetoric of diversity can result in inaccurate and counterproductive beliefs. In a recent experiment, we found evidence that it not only makes white men believe that women and minorities are being treated fairly — whether that’s true or not — it also makes them more likely to believe that they themselves are being treated unfairly.

We put young white men through a hiring simulation for an entry-level job at a fictional technology firm. For half of the “applicants,” the firm’s recruitment materials briefly mentioned its pro-diversity values. For the other half, the materials did not mention diversity. In all other ways, the firm was described identically. All of the applicants then underwent a standardized job interview while we videotaped their performance and measured their cardiovascular stress responses.

Compared to white men interviewing at the company that did not mention diversity, white men interviewing for the pro-diversity company expected more unfair treatment and discrimination against whites. They also performed more poorly in the job interview, as judged by independent raters. And their cardiovascular responses during the interview revealed that they were more stressed.

Thus, pro-diversity messages signaled to these white men that they might be undervalued and discriminated against. These concerns interfered with their interview performance and caused their bodies to respond as if they were under threat. Importantly, diversity messages led to these effects regardless of these men’s political ideology, attitudes toward minority groups, beliefs about the prevalence of discrimination against whites, or beliefs about the fairness of the world. This suggests just how widespread negative responses to diversity may be among white men: the responses exist even among those who endorse the tenets of diversity and inclusion.

In another set of experiments, we found that diversity initiatives also seem to do little to convince minorities that companies will treat them more fairly. Participants from ethnic minorities viewed a pro-diversity company as no more inclusive, no better to work for, and no less likely to discriminate against minorities than a company without a pro-diversity stance. (Other researchers have seen more promising results of pro-diversity rhetoric and images, but it’s clear they’re no panacea.)

The implications of this study are troubling for the ways we currently attempt to manage diversity and foster inclusion in our organizations. Groups that typically occupy positions of power may feel alienated and vulnerable when their company claims to value diversity. This may be one explanation for the lackluster success of most diversity management attempts: when people feel threatened, they may resist efforts to make the workplace more inclusive.

So what can managers do? First, they must appreciate the potential effect of diversity messages on groups that have traditionally been favored in organizations. Of course, this isn’t to say that managers should avoid discussions about or efforts to increase diversity in order to spare the feelings of their white male employees. However, managers committed to fostering a diverse workplace may need to spend a bit more time crafting messages and designing programs that are more effective because they come across as more inclusive.

Second, managers should know the limits of diversity initiatives for minorities and women. Currently, diversity initiatives’ strongest accomplishment may actually be protecting the organization from litigation — not protecting the interests of underrepresented groups. Women and minorities thrive in environments that support diversity. But extolling the values of diversity and trying to train employees to value it may not convince minorities and women that they will be treated well, and may not increase their representation in the workforce. In order to foster fair, inclusive workplaces, diversity initiatives must incorporate accountability. They must be more than “colorful window dressing” that unintentionally angers a substantial portion of the workforce. Diversity policies must be researched, assessed for effectiveness, and implemented with care so that everyone in the workplace can feel valued and supported.

Tessa L. Dover is a Ph.D. candidate in Social Psychology at the University of California, Santa Barbara. Her research examines the experiences of high-status and low-status groups in an increasingly diverse world.

Cheryl R. Kaiser is an Associate Professor of Psychology at the University of Washington, where she teaches and conducts research addressing the psychology of diversity.

Brenda Major is a Distinguished Professor in the Department of Psychological and Brain Sciences at the University of California, Santa Barbara. She studies the psychology of prejudice, diversity, and resilience.