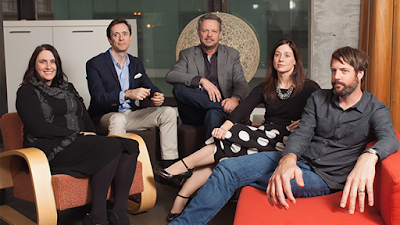 Adweek published a story titled, “How Venables Bell & Partners Scored a 70% Pitch Rate in 2015.” Forget the pitch rate—check out the People section of the agency’s website. The place appears to be well over 70% White. Score one more for diverted diversity and exclusivity.

“We have a mantra on the wall of our office: ‘Honest. Fearless. Independent.’ At our best we are that, and we hit it hard this year.”

So president Paul Birks-Hay recaps what was a very successful 2015 for San Francisco’s Venables Bell & Partners. The agency kicked off last year by making several big changes to its leadership team as founder Paul Venables became chairman, Kate Jeffers was promoted from head of client services to partner/managing director, and Birks-Hay moved from the managing director role to become partner and president, giving full control of the creative department to executive creative director Will McGinness (who was also named one of Adweek’s 30 creatives whose work keep advertising interesting).

The team then proceeded to win a considerable majority of its pitches in 2015, picking up a slew of new clients including Celebrity Cruises, Adidas Golf, Blue Moon, PlayStation Vue and REI, whose anti-Black Friday #OptOutside campaign amounted to a media coup for the outdoor brand. In fact, Birks-Hay says that the agency ultimately scored a 70 percent win rate on its pitches in 2015—the same as that of Adweek’s U.S. Agency of the Year, BBDO.

“The trick with new business is gaining momentum,” says Birks-Hay, who credits the new leadership team with this year’s win streak. “Once you’re rolling, it’s a fantastic feeling.”

He tells Adweek that the key to starting that process in 2015 was listening to prospective clients: “We will never know as much as our clients do about their business, so you put your ear to the ground and listen to every single person you encounter.”

McGinness adds, “In 2015 we got into a good rhythm of collaboration. People enjoy rolling up their sleeves and solving problems as a group.” While the process can often prove stressful, “getting people excited to pitch is the difference.”

Beyond the wins, Venables also created several notable campaigns in 2015 including the Reebok Super Bowl spot, “Be More Human,” and Google’s forward-thinking look at the gender transition process. McGinness says independence and variety are key: “It’s helpful that we don’t have a house style. We also don’t have off-the-shelf solutions in terms of how we staff or approach bits of business,” and this philosophy gives VB&P a certain dexterity that larger agencies may lack.

Birks-Hay says VB&P aims for variety in its service offerings as well as its creative efforts. “Our Orange Consultancy works with a number of clients in order to not just build a brand from the marketing side but to bring it to life at every touchpoint, from working on the retail consumer experience for Audi to designing an app for a financial company.”

“We like to work in as integrated a way as possible,” says Birks-Hay, and he’s very particular about the way his agency approaches the concept of integration. “Saying ‘digitally-focused’ amounts to hiding. We want to answer both sides of the brief: what kind of brand are you building and how are you bringing it to life in every part of the customer’s experience?”

VB&P also got more serious about social media in 2015 by formalizing its guidelines.

“It’s important for clients to understand the systematic rigor of our social approach,” says McGinness. “Not to oversimplify, because a lot of work goes into social, but at its core you have the thinking and creativity. All ideas are inherently social (or should be), but you can’t force things on people; they have to be stories that people care about.”

Despite its focus on independence, VB&P doesn’t see itself as a “challenger” agency taking on the big names. McGinness says, “Brand building is becoming a lost art to some extent; agencies have momentary flashes of brilliance, but they’re not looking at holistic growth of the brand across all media and all incarnations. That is the tried-and-true thing that matters just as much today as it ever did, whether you’re a ‘challenger’ or not.”

In terms of extending VB&P’s track record into 2016, Birks-Hay turns again to integration, this time in the pitching process: “Almost all clients see the need for a creative lead to cover all their bases … those are the kinds of pitches we see ourselves in, and long may it be so.”

Here's a tip. Take a close look at how they reshuffled the leadership of their company, then search for them below.

Then ask yourself, how much has this agency contributed to, spoken out, and supported diversity in its history? How ethical is an agency that wants none of the pain of getting behind diversity, but all of the benefits of CLAIMING it's diverse?