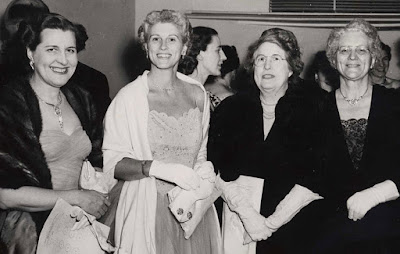 Had a delayed adverse reaction to the WACL post on the organization’s Future Leaders Award. The future looks bleak, given the White women exclusivity presented in the award winners photo. More disturbing is the Campaign write-up (see below) authored by Ogilvy & Mather Group UK Chief Marketing Officer Nina Jasinski. For starters, Jasinski repeatedly used the word “diverse” in her gushing; however, the term only referred to diversity of disciplines and training opportunities. In other words, the Future Leaders Award—like the overall UK advertising and marketing community—has little concern for racial and ethnic diversity. Additionally, a former WACL President was quoted as saying, “Research shows that women do not get a fair share of the training budget for senior leadership courses. This highly valued fund puts WACL’s money where its mouth is and has made important contributions to the careers of many of our current and future stars.” Really? Please cite the specific research. Besides, no research is necessary to confirm that minorities receive even less than a fair share of the training budget for senior leadership courses. Hell, they probably don’t register a fraction of a share of the budget at all. Of course, Jasinski was quick to point out that the overall prize winner “was born in London to a Spanish father and Colombian mother…” Was every winner identified by her parents’ cultural backgrounds? Oh, never mind—it’s not necessary.

There’s plenty going wrong with our industry, but this is a scheme dedicated to what’s going right, says the chief marketing officer at Ogilvy & Mather Group UK.

Everyone was so busy celebrating the Big Awards last week that it might be easy to overlook this week’s announcement of another of our industry’s prizes. The Future Leaders Awards from Women in Advertising and Communications London (WACL) is in its 10th year.

The prizes of these women-only training bursaries for 2015 ought to be a matter of rejoicing, for they are backed by the major media, advertising and marketing companies across the industry. Chairing the judging has been one of the most fulfilling roles I’ve done.

It all started with the work of one woman — Tess Alps, well known to Campaign readers in her Thinkbox chair role but slightly less well known as a former WACL president.

She set out to create a scheme to support early and mid-career women who have high potential but may be in danger of not making the next step up to the senior level.

Alps said: “Research shows that women do not get a fair share of the training budget for senior leadership courses. This highly valued fund puts WACL’s money where its mouth is and has made important contributions to the careers of many of our current and future stars.”

An FLA gives a training bursary of up to £2,250 and, via formal entry form and panel interviews, the winners have to demonstrate high potential for senior leadership roles, acting as role models for other women.

This year there were 147 entries — the highest ever — with 14 final winners. This year’s cohort of winners came from a diverse group of organisations ranging from Aviva, Barclays and Google as well as agencies J Walter Thompson, Ogilvy & Mather, Mother, and Starcom Mediavest Group.

The winners also work in huge variety of roles, from a young woman working as head of support in a small charity to an operations director in a digital agency, a development manager at Google and a group head of brand at Aviva.

The training that it will fund is as diverse too, from presentation training at Rada to a marketing strategy course at the London School of Economics.

The overall prize, known as the Patricia Mann Award and named after the late advertising executive, went to Pilar Santos, an art director at Mother. Santos was born in London to a Spanish father and Colombian mother and worked on the original “Here Come The Girls” Christmas campaign for Boots.

An accomplished creative, Santos’ ambition is to lead not only creative projects, but also the agency as a whole. Her training grant will co-fund one craft course and one leadership course. In some ways her ambition mirrors Patricia Mann’s dynamic career — Mann started as a copywriter at JWT and rose to the top of her profession via roles on the ASA council and board positions at the Woolwich and Centrica.

The award has helped numerous women in their leadership journey who are now in high profile roles including Claire Valoti, the director of agency partnerships at Facebook; Frances Ralston-Good, the chief strategy and innovation officer at Omnicom Media Group; and Sophie Maunder-Allan, the chief executive at VCCPme.

Mauder-Allan said: “I won the FLA in 2007 and completed a course at the IPA. While the content of the course helped my career enormously at the time, the real boost was about confidence and feeling supported, encouraged and believed in by an incredible group of leading women in my industry.

“As CEO of VCCPme now and a WACL member, I am proud to have come full circle and now sit on the FLA committee.”

Over the past 10 years WACL has given out 90 Future Leaders Awards, worth over £150,000. It’s been an honour be involved with a scheme that really helps our future stars.

There’s plenty going wrong with our industry, but this is a scheme dedicated to what’s going right. Congratulations to all our winners.