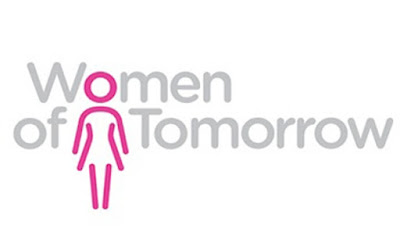 Campaign Global Editor In Chief Claire Beale posted a pathetic and patronizing perspective on gender equality in adland, inadvertently exposing the cultural cluelessness that persists in the field. For example, Beale opened by stating, “When a select bunch of the brightest and best young stars in the ad business were asked this week to name a leader they admired, there were plenty of answers, from Nelson Mandela to John Lennon.” First of all, why would the brightest and best name John Lennon as an admired leader? Second, putting Lennon in the same category as Nelson Mandela is pretty sad. Third, naming Mandela while working in a field where the exclusivity is arguably worse than pre-Mandela South Africa shows extraordinary hypocrisy, insensitivity and ignorance. Beale then segued to plug the Women of Tomorrow awards. Additionally, Beale spotlighted initiatives launched by various White advertising agencies to address the alleged dearth of dames, including equal pay schemes and Rooney Rule-style mandates for interviews. Um, why haven’t such tactics been implemented to address diversity in regards to recruiting and retaining non-Whites? If someone hatched an awards show to salute racism in the advertising industry, it would require producing an infinite number of first-place trophies.

Plenty of room at the top for women in advertising

When a select bunch of the brightest and best young stars in the ad business were asked this week to name a leader they admired, there were plenty of answers, from Nelson Mandela to John Lennon.

What there weren’t, though, were any women. Not a single female leader made the impromptu list.

The respondents were attending the second Campaign Future Leaders Programme. All had been identified by their agencies as people heading for top jobs in our industry. As it turned out, only a third of the future leaders on the course were women, which is in itself a worrying prognosis for the future of our business.

Anyway, if this group of ambitious execs had been asked to name great female leaders, no doubt they would have offered up plenty of examples — there’s no shortage. As it was, they appeared to succumb to a default association that conflates leadership with men.

So it was appropriate that this was also the week that the IPA and Campaign kicked off the Women of Tomorrow awards for 2016, which identify and champion those women on track for leadership positions in agencies. The awards invest a new generation of role models for young women coming into the business.

Yes, these are awards that recognise women but, crucially, they are designed to drive the success of the industry and secure its future: businesses with a good gender split at the top are proven to be more successful. A report last month from the accountants Grant Thornton found that publicly traded companies in the UK with only male directors missed out on £49 billion of investment returns last year — about 3 per cent of GDP.

We simply aren’t doing enough to encourage and support women as they rise through the ranks. WoT is a fabulous initiative and sits alongside Wacl’s prestigious Future Leaders award, which offers a training bursary to help women get to the top. But agencies themselves need to take systematic action.

It was clear from the WoT debate on Tuesday night, which officially launched the call for entries, that plenty of agencies are already doing just that. Abbott Mead Vickers BBDO has set up a benchmarking system to ensure salary parity across the company; Bartle Bogle Hegarty is into the second year of its equal pay initiative but, when the agency interrogated its salary data, it actually found that it only had issues with the pay of three executives — and one of them was a man; J Walter Thompson is introducing a new approach to hiring creative talent, ensuring there’s always a woman on the interview shortlist and that interviews are conducted by a man and a woman. If your agency isn’t working on similar schemes, now’s the time to ask why not.

We have to sit tight a few more decades is all. The nice white ladies will hit 50/50 with white men in advertising at some point 5-10 years from now, and then possibly start distributing crumbs to a few lucky people beside themselves.

There's only room for one diversity issue at a time in advertising.

White women's concerns win over everyone else's right now because while they have less money and resources than white men, they have A LOT MORE than men or women of color.

The squeakiest and most well funded wheel gets the diversity grease.

Its so obvious that these white folks are not willing to change their agency culture or hire minorities. At some agencies they have more dogs in their offices versus people of color. Why dont minorites, just sue the industry!!! This is a blatant form of discrimination going on for decades. The only minorities that get hired are diversity officers.

How the hell do you sue the industry though? It's like a 10,000 snakes with 10,000 heads. Each US ad agency is like it's own fountain of racism and discrimination, but which one do you pick when there's so many?

And yeah there's holding companies, but they're all snakey dodgers themselves and headquartered in Paris or London or Korea or whatever.

I don't know about you, I but I don't have the resources to take on foreign multimillionaires with deep pockets.

It's easier to just sit and curse a system that has gotten us to a whopping 1% black Creative Directors in half a century.