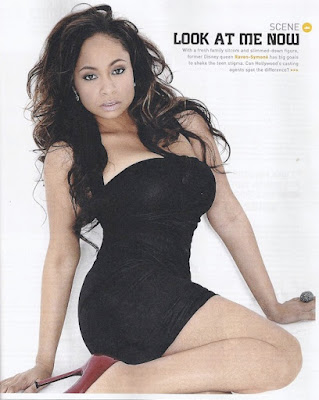 Campaign published a pathetic and patronizing perspective from FCB Global Chief Talent Officer Cynthia Augustine, reprimanding résumé racial profiling and ripping Raven-Symoné. Augustine had the audacity to remark, “Fortunately, most industry leaders are more enlightened than Raven-Symoné. Instead of embracing ignorance and bias, many company leaders actively work against it by creating programs that center around making the unconscious conscious.” Um, which industry leaders is Augustine saluting? They surely can’t be honchos in adland. Additionally, when referencing the recent rants by revolutionary Brad Jakeman and Kat Gordon, Augustine gasped, “What’s happening here? It’s 2015 and we still haven’t solved this.” Augustine also stated, “Most companies, FCB included, have culture and inclusion experts dedicated to adding more diversity to its workforce, ensuring a culture of inclusion and lessening the implicit bias inherent in all of us. After all, bias does indeed live in us all. It is part of what makes us human.” Wow, is that an open admission to the institutionalized discrimination present at White advertising agencies like FCB? Plus, it’s sad for Augustine to display faux dismay that “it’s 2015 and we still haven’t solved this”—seemingly oblivious to former Draftfcb President and CEO Laurence Boschetto’s bold vow that the agency would no longer use the term “diversity and inclusion” by 2014. Augustine should think twice before attacking Raven-Symoné. After all, prorating from a birthdate of December 10, 1985, the former Cosby kid can only have shown bias for less than 30 years. FCB has been unable to shake its cultural cluelessness for at least 140 years.

What’s in a name?

Raven-Symoné proudly boasted last month on “The View” that she wouldn’t hire someone with a “ghetto” name. Really? That’s pretty ironic coming from Raven-Symoné. Someone whose first name is uniquely punctuated and uniquely spelled, which — according to the Urban Dictionary — is often the very definition of what’s considered “a ghetto name.”

But who should really care? Because when you think about it, what’s in a name? Absolutely nothing. It’s something someone else decided to call you.

A name doesn’t reveal what a prospective job candidate has done with their life — what they’ve learned and experienced, the skills they’ve developed, the character they have or the obstacles they have possibly overcome. A name doesn’t even reveal a candidate’s ethnicity, no matter what people like Raven-Symoné think. I know a man with the last name Goldstein who was adopted and is actually Chinese. Interviewers are perpetually surprised when they meet him.

Unfortunately, Raven-Symoné is not alone. Many studies conducted between 2003 and today, including those by The University of Chicago and MIT, found that resumes sent out for candidates with African-American-sounding names were 50% less likely to land a job interview than identical resumes sent out under white-sounding names. And, that sorry result is replicated with various other ethnic groups in our country — which does not serve any employer well. Studies like those discussed in Scott Page’s 2008 book The Difference — including one he conducted with Lu Hong of Loyola University Chicago – have consistently shown that diverse teams will outperform and out-innovate homogenous ones.

Fortunately, most industry leaders are more enlightened than Raven-Symoné. Instead of embracing ignorance and bias, many company leaders actively work against it by creating programs that center around making the unconscious conscious.

They have to. It’s a business imperative. PepsiCo.’s Brad Jakeman, president of the global beverage group, just a few weeks ago forcefully told attendees at the Association of National Advertisers conference that he’s tired of talking to a group of white males about his business when it is women who make 85% of the purchase decisions in the category. If the marketing community wants to do more disruptive things, Jakeman said, agencies must bring more diversity to the table, especially women. Kat Gordon’s 3% Conference held last week in New York yet again addressed the dearth of female leadership in the business. What’s happening here? It’s 2015 and we still haven’t solved this.

Most companies, FCB included, have culture and inclusion experts dedicated to adding more diversity to its workforce, ensuring a culture of inclusion and lessening the implicit bias inherent in all of us. After all, bias does indeed live in us all. It is part of what makes us human. Knowing this, we are committed to raising our collective consciousness with regard to how it may play out in all kinds of business decisions, including hiring. Presently, we are exploring changes to our hiring protocol — like removing names from résumés altogether — so people aren’t influenced by factors that have no relevance at all to whether someone can perform a job. We are also working as an organization to understand, and more effectively and objectively manage, everyday assumptions that live in each of us with regard to criteria we consider when making hiring decisions. We’re not interested in prejudging anyone on irrelevant factors like names, race, gender or educational background that could cause us to miss out on a delightful and completely fabulous job candidate.

If we rely on horribly outdated stereotypes and judgments about people, like whether they have a “ghetto” name, we are perpetuating a deep social injustice and closing our eyes to talent that will move our companies and businesses forward.

Perhaps Hollywood and the media could benefit from the same type of unconscious bias training our industry is undertaking. Maybe we wouldn’t have an Academy Awards season like last year ever again, when all 20 acting nominees were white. Also, doing so may help the Raven-Symonés of the world consider the content of someone’s character first before the number of unique syllables and hyphens in their names.

From personal experience in the United States, I can tell you that the FCB "leaders" are NOT among the group that Cynthia Augustine glibly claims are above racism.

When she says, "Fortunately, most industry leaders are more enlightened than Raven-Symoné," that 10000% does not include American offices.

As a matter of fact, I'd rank FCB in the very worst.

If she's so certain of FCB's commitment to diversity, then I'm sure she'll have no problem asking the holding company powers that be for cold, hard, specific gender AND racial numbers in both the United States and abroad, separated by territory, and separated by who's pushing a broom, who's in charge of hiring, and who's running the creative departments.

She's delusional. Just as clueless as whoever put this tumblr together: http://toomanyguysonegirl.tumblr.com/. It highlights the lack of women, but doesn't say anything about the fact that most of the people are white.

Draft FCB NY gave me the fakeout when I thought they were serious about bringing me in for an interview. Not surprised.

Aw, HELL NO. Hell no! I'm angry! WTF?!?!? THIS agency group, this notoriously uninterested in diversity agency group, that has yanked me around multiple times and made me think I had a shot, and dropped the ball every single damn time, is claiming they take diversity seriously?

FCB gets to say they are supporters of diversity and by saying it out loud it makes it true?

FCB was/is one of the worst. They still maintain a "multicultural creative department" where anyone of color is penned and forgotten until cinco de mayo or black history month rolls around.