15042: An Open Letter To The Closed-Minded Culturally Clueless. 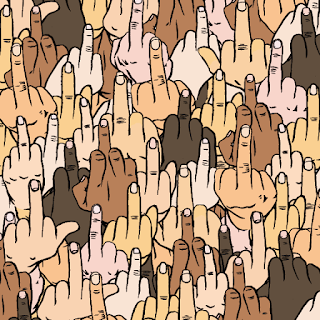 Advertising Age reported that over 600 Black advertising industry professionals trumped the mountain of mealy-mouthed memorandum with a monumental missive—or mass message—demanding an end to systemic racism in adland. The declaration begged an immediate question: There are over 600 Black people in adland?

One of the letter leaders—Periscope Group Strategy Director Nathan Young—said the initiative was partly inspired by the 3% Movement. “What we learned from them,” claimed Young, “is that it is incredibly important that there is transparency, data and a specific, measurable goal.” Helps if you’re a White woman too.

The open communication includes a call for White advertising agencies to “Track and publicly report workforce diversity data on an annual basis to create accountability for the agency and the industry.” Sure, ADCOLOR® Inventor Tiffany R. Warren will get right on it with Omnicom, her employer and perennial denier of EEO-1 data.