15054: Deutsch LA Shows Its True Colors With A Pink Slip. 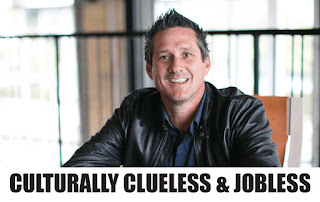 Adweek spotlighted how Deutsch LA fired its CCO—Brett Craig—after an offensive email he wrote in 2015 resurfaced on Instagram. The email went public again partly in response to a recent Black Lives Matter post by the White advertising agency. Perhaps the place should rethink its reported decision to stop investing in diversity. Interestingly enough, Instagram served as the social site of choice for Diet Madison Avenue to expose sexual harassment offenders, leading to alleged perpetrators being expelled from the industry. Will executives caught displaying cultural cluelessness, unconscious bias and outright racism meet similar fates? And what about the patronizing leaders espousing the virtues of diversity—and collecting ADCOLOR® trophies—despite now showing via EEO-1 data that their progressive smokescreens initiatives rendered no meaningful results? CCOs are routinely dismissed for failing to increase business. Executives with hiring authority who haven’t made gains in ethnic and racial representation deserve to be canned too. To coin a familiar phrase, “We must do better.”

Agency Deutsch Los Angeles has fired chief creative officer Brett Craig after a former employee shared a screenshot of an offensive work email from 2015 on Instagram this week.

An agency spokesperson confirmed that Craig was let go Wednesday. Adweek reached out to Craig for comment via LinkedIn but has yet to receive a response.

The email, which sources with knowledge of the matter say was sent by Craig, discusses casting decisions, makes remarks such as “I think were [sic] now BET channel” and refers to a casting candidate as “Not so urban/AA” (the abbreviation stands for “African American”). Craig was fired as a result of the racist email resurfacing, according to sources with knowledge of the situation.

The email resurfaced when an anonymized version was posted by former Deutsch employee Kady Kamakaté, who noted that the person who wrote the email had since been promoted “to a very high position.”

“The time I spent there was riddled with incidents like this,” Kamakaté wrote in the Instagram caption. “I never once felt protected or empowered enough to speak up … lest I be considered ‘too Urban/AA.’”

Craig was promoted to the CCO role in December 2018. He first joined Deutsch in 2012 and worked on accounts including Dr Pepper, H&R Block and Taco Bell. He is also the author of the book Collaborate or Die: How Being a Jerk Kills Ideas.

The resurfaced email followed a Black Lives Matter post by Deutsch last week. Some responded to the post with skepticism that the agency was sincerely committed to change, while others criticized the delayed response. Eventually, the email was brought up in the thread. One current New York employee defended Deutsch’s New York office for making progress during his five years with the agency.

Deutsch LA has been working with employees on commitments to address systemic racism, including representation, training and support of the Black community, according to sources with knowledge of the agency’s operations. The agency alluded to these commitments in its responses to comments regarding its Black Lives Matter post.