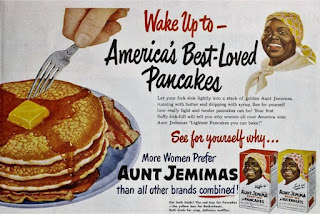 The PepsiCo brand says it will gather perspectives from the Black community as it works on the overhaul, and also plans to donate $5 million

Aunt Jemima’s image and name are being retired in a major branding shift that comes weeks into the rising swell of racial justice announcements from companies following the killing of George Floyd.

The Aunt Jemima brand name dates back to 1889. The brand has been owned by PepsiCo Inc. since 2001, when the soft drink and snack giant acquired Quaker Oats Co. The face of a Black woman has been seen on the packaging since the early 1890s and has been updated over the years.

“We recognize Aunt Jemima’s origins are based on a racial stereotype,” Kristin Kroepfl, VP and chief marketing officer of Quaker Foods North America, said in a statement. “While work has been done over the years to update the brand in a manner intended to be appropriate and respectful, we realize those changes are not enough.”

Packaging without the Aunt Jemima image will begin to appear in the last three months of 2020. The name change is set to be announced at a later date and to quickly follow the first phase of the packaging changes, the company said. Details on the new name were not disclosed.

Along with other racial equality initiatives, “we also must take a hard look at our portfolio of brands and ensure they reflect our values and meet our consumers’ expectations,” Kroepfl said in the statement.

The Aunt Jemima brand “has evolved over time with the goal of representing loving moms from diverse backgrounds who want the best for their families,” PepsiCo said in its statement. Still, the image of a Black woman has remained.

“We acknowledge the brand has not progressed enough to appropriately reflect the confidence, warmth and dignity that we would like it to stand for today,” said Kroepfl. “We are starting by removing the image and changing the name. We will continue the conversation by gathering diverse perspectives from both our organization and the Black community to further evolve the brand and make it one everyone can be proud to have in their pantry.”

PepsiCo said the Aunt Jemima brand will donate a minimum of $5 million over five years “to create meaningful, ongoing support and engagement in the Black community.” The announcement comes after PepsiCo Chairman and CEO Ramon Laguarta said the company would put in place more than $400 million in initiatives over five years to elevate Black communities as well as to increase Black representation at the company.

Last week, The Onion ran a satirical story saying the company was replacing the Aunt Jemima character with a black female lawyer named Sheila “who enjoys pancakes from time to time.”

According to a company timeline, the Aunt Jemima brand was created in 1889 by the Pearl Milling company as the world’s first ready mix. In 1933, Anna Robinson portrayed Aunt Jemima at the Chicago World’s Fair and toured as the character. Quaker Oats Co. registered the Aunt Jemima trademark in 1937, 11 years after it bought the company.

In 1999, Ad Age listed Aunt Jemima as the No. 7 ad icon of the 20th century and said the image of a Black woman smiling first graced boxes of pancake mix in the early 1890s. According to the Afro-American Almanac, Chris Rutt came up with the idea of Aunt Jemima after he and his partner, Charles Underwood, developed a ready pancake mix. Rutt heard a tune called “Aunt Jemima” sung by a Black-faced performer wearing an apron and bandana headband at a vaudeville show, then thought to use the song title as the name for the mix. In 1890, Rutt and Underwood sold their business to R.T. Davis Milling, which hired Nancy Green, a woman in her 50s who was born a slave, to serve as the first Aunt Jemima.