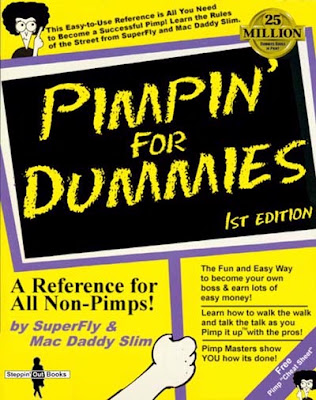 Tiffany Warren, chief diversity officer at Omnicom, spoke with Ad Age about the matter. She said that the holding company is making strides when it comes to recruiting and retaining multicultural talent, but that it simply doesn’t think it’s in Omnicom’s best interests to comply with the Comptroller’s request.

Ms. Warren said the company later this year will release a national report outlining some of its results in the diversity space. It will be the first time that the company, with help from Fleishman-Hillard, releases its diversity report independent of its report on corporate social responsibility.

“[Our report] is a national project, not local to New York City,” she said. It will “talk about how internal and external outreach has been” in addition to quantitative achievements regarding the agencies’ efforts in “bringing in and hiring, and also retaining diverse employees, as well as women.”

When asked why Omnicom doesn’t comply with the Comptroller’s latest request if it already plans on releasing some of its data, Ms. Warren referenced the company’s position on the matter which was included in its most recent proxy statement.

It said: “Data is neither informative nor is it a reliable measure of our commitment to equal opportunity employment. We do not believe that disclosing it will meaningfully further the goal of workplace diversity. To the contrary, this information, which is susceptible to misinterpretation, could be manipulated by those with interests adverse to Omnicom’s and harm the company.”

Gee, it’s a wonder Warren didn’t insert a plug for ADCOLOR® too. Can’t wait to catch the upcoming diversity report detailing how Omnicom is “bringing in and hiring, and also retaining diverse employees, as well as women.” Including women—which undoubtedly means White women—is probably the only way the holding company will be able to present positive figures. In deference to all of Warren’s groupies, MultiCultClassics will simply say her statements are appalling disappointing.

As the individual who went to both Commissioner Gatling and Comptrollers Liu and Thompson regarding the historical discriminatory policies of the ad agency holding companies and their affiliates, I am not surprised by their refusal to comply with the Comptroller’s request. They have stonewalled on this issue since the first Human Rights Commission investigation in 1968. Only now, the Jim Crow policies of Mad Ave have been whitewashed by the success of “Mad Men.” Of the five major ad holding companies, three are owned by companies from countries who were colonial powers and where people of color are discriminated against in most areas of endeavor and participation. But now they are joined by the American-owned holding companies who pretend that they too are above the law, above equal treatment and opportunity for people of color. Only when these same consumers of color resist and affect the bottom lines of the agencies’ corporate clients and when the Comptroller liquidates the holdings by the NYC Pension Funds which contain monies from workers of color in the recalcitrant agencies will the arrogance of management be wiped from their collective faces. Maybe it’s time to stop asking and start bringing some financial pain to the holding companies and their enablers; the corporate clients who depend on the spending of consumers of color for their success in the American marketplace.