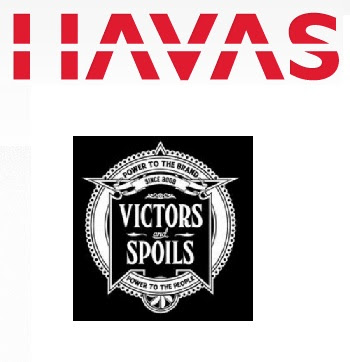 Advertising Age reported Havas has acquired Victors & Spoils. “When an industry goes through a revolution, you can either sit and watch it happen or embrace the exciting new business models at the forefront of that revolution,” said David Jones, CEO of the Paris-based holding company. “Victors & Spoils is one of those new models that is challenging our entire industry, and I’m delighted to welcome them into the group.” Well, the French also view Jerry Lewis as a genius. But shouldn’t Havas make V&S work for free until they come up with something a client will buy? Let’s put the exciting new business model to the test.

Paris-based Havas has acquired a majority stake in Victors & Spoils—the creative agency built around crowdsourcing that has been a source of a lot of debate in adland for the past few years.

Boulder, Co.-based Victors & Spoils was opened in 2009 by two former CP&B executives, John Winsor and Evan Fry, and Claudia Batten, who co-founded the gaming ad network Massive. The three continue to own a minority stake in the shop.

Also, Big Fuel CEO Jon Bond, one of the founders of Kirshenbaum Bond Senecal & Partners, is an investor in Victors & Spoils and will need to sell his shares, as it will now be part of a conflicting holding company, a representative for Mr. Bond said.

As part of the deal, Mr. Winsor remains CEO and becomes chief innovation officer at Havas.

According to people familiar with the situation, V&S and Havas have been in talks for the better part of a year.

During the past few years, V&S has worked with Harley-Davidson, General Mills, Dish Network, Gap and WD-40, among others, which are served ideas that are products of a “crowd” of 6,000 creatives who are managed via a digital platform. V&S has persuaded clients to work with the firm under the premise that their model offers marketing concepts and projects at lower cost than traditional agencies, and that has caused consternation as some creatives argue that the firm’s approach devalues the expertise of trained talent.

“When an industry goes through a revolution, you can either sit and watch it happen or embrace the exciting new business models at the forefront of that revolution,” said Havas CEO David Jones in a statement. “Victors & Spoils is one of those new models that is challenging our entire industry, and I’m delighted to welcome them into the group.”

Victors & Spoils will be in the Havas Worldwide business unit. In its statement, the companies said one of their first projects will be to use V&S’s proprietary technology to create a 15,000-person professional Havas “crowd” from which to source ideas for clients.

The move is the latest under Mr. Jones to reshape Havas. He recently announced the rebranding of creative network EuroRSCG to Havas Worldwide, which will take effect later this year. The V&S acquisition is the latest in a string of investments in smaller agencies, such as Colleen Decourcy’s social-media shop Socialistic and creative shop Camp & King.
Posted by HighJive at 12:17 AM