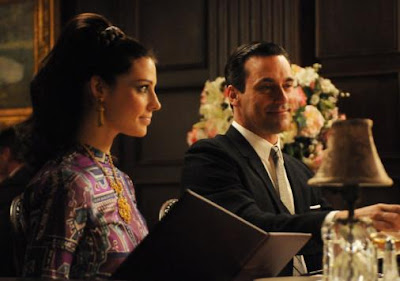 So far, Tanner Colby is dead wrong in his prediction that Black culture would be better integrated into AMC series Mad Men this season. Secretary Dawn Chambers is turning out to be the equivalent of a modern-day Chief Diversity Officer—that is, a token character with no real purpose besides being a minority. For the third episode in a row, Mad Men was essentially void of meaningful minority representation, accurately reflecting the industry it depicts.

Chief Diversity Officer—that is, a token character with no real purpose besides being a minority. Safe to say you wont be getting your invite to the adcolor awards.

Companies I have been with are exactly like that. They have hired the best black workers they could find and immediately those workers know they won't be fired because they are the token minority hire. They did nothing and laughed when good workers were fired.