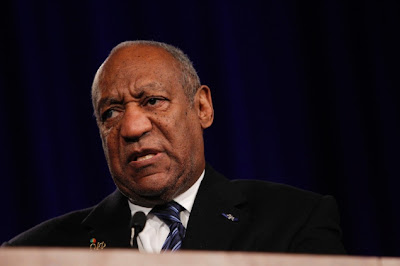 Bill Cosby: Trayvon Martin case is about guns, not race

Legendary entertainer Bill Cosby said the national uproar over the killing of teen Trayvon Martin should be over guns, not race.

In an interview on CNN’s “State of the Union” that aired Sunday, Cosby said calling George Zimmerman a racist was pointless.

“What is solved by saying, ‘He’s a racist, that’s why he shot the boy’?” Cosby said.

Since first speaking out about the case earlier this month, Cosby has repeatedly said that the Feb. 26 slaying of the unarmed teen shows there is a need to get guns off the streets.

“When a person has a gun, sometimes their mind clicks, that this thing will win arguments and straighten people out,” Cosby told CNN.

“But I also believe that when you tell me that you are going to protect the neighborhood that I live in, I don’t want you to have a gun,” he said. “I want you to be able to see something, report it and get out of the way.”

Cosby also said during the interview, which was taped on Thursday, that he once owned a gun but no longer does.

In the past two decades, the 74-year-old comedian has become outspoken on issues of violence, parenting, education and drug use in black and minority communities.

His own son, Ennis, was shot dead by a Ukrainian restaurant worker while changing a flat tire on the side of a Los Angeles highway in 1997.

Last week, Cosby told NBC’s David Gregory, “When you have a gun, you may not realize it, but you put it on your person and you mean to pull (the trigger) and kill somebody.”

With News Wire Services
Posted by HighJive at 5:08 PM