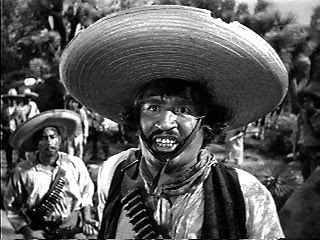 Latino or Hispanic? For many Americans, neither feels quite right

A new report suggests that the majority of people of Latin American descent prefer to identify themselves by their countries of origin. The findings shed light on the complexities of identity in a growing community that includes dozens of nationalities.

Growing up in the suburbs of Detroit, Helen Iris Torres responded to questions about her identity by telling people she was Puerto Rican. It didn’t matter that schoolbooks referred to her as Hispanic.

Now, as head of an organization that supports women of Latin American heritage, Torres still says she’s a “proud Puerto Rican” but prefers the term Latina, which she says encompasses the larger community of Spanish speakers in the country.

Torres’ quandary is reflected in a new report by the Pew Hispanic Center, which suggests that the majority of people of Latin American descent choose to identify themselves by their countries of origin, over either Latino or Hispanic. When choosing between the latter terms, the majority, 51%, were ambivalent.

The findings shed light on the social and political complexities of identity in a community that is growing but includes dozens of nationalities.

“The notion of a pan-ethnic Hispanic identity is uniquely American,” said Mark Hugo Lopez, a lead author of the report. “Latinos have not fully embraced the terms Hispanic or Latino when it comes to describing themselves.”

Only one-quarter of those polled used the terms Hispanic or Latino most often, while about 21% said they predominantly use the term American. Most of those polled did not see a shared common culture among Latinos — as sometimes is assumed by politicians courting a voting bloc.

The survey of 1,220 Latino adults was conducted in English and Spanish during November and early December.

The term Hispanic was adopted by the government in the 1970s in an attempt to count people from such countries as Mexico, Cuba and the nations in Central and South America. But many whose lineage traces to those countries, particularly in Southwestern parts of the United States, have never felt an affinity for the term.

“It was a word that was used to identify Spanish-speaking people in the census,” said Haydee Cervantes, who works for the Chicano/a Latino/a Arts and Humanities program at UC San Diego. “It’s a word that was given to us.”

Cervantes said she chooses to identify as Chicana partly because of the political implications of the term, which was embraced by Mexican American student activists in the 1960s.

In the 1990s, the White House’s Office of Management and Budget added the term Latino to government data. But that term has also not been fully embraced, the report’s authors said.

For many Latinos, identity is fluid and can change with experience and context. In a larger group it might make sense to use a broader term, while in one-on-one conversations people often try to be specific, Torres said.

Some young Latino immigrants have embraced an altogether new term of identification.

Delia Arriaga and Alma Castrejon, who were both born in Mexico but came to the U.S. at young ages, said the term Mexican never quite reflected their experience.

“I used to identify as Chicana, but now I really don’t use that term,” Castrejon said. “I was born in Mexico, but I don’t identify as Mexican, or Latina or Hispanic. A lot of times when I talk to people I just say, ‘I’m undocumented.’”

Arriaga said she often calls herself an “undocumented American.”

“I am fully American,” she said. “I’ve been living in the United States my whole life. I am of Latin heritage but I haven’t been able to experience it. I’ve always experienced the American version of what being a Latina or Hispanic is.”

Still, nearly all said opportunity for advancement in the U.S. is better than in the country of their ancestors. And nearly 80% of those who migrated here said that if they had to do it over, they would come again to the U.S.
Posted by HighJive at 6:58 AM