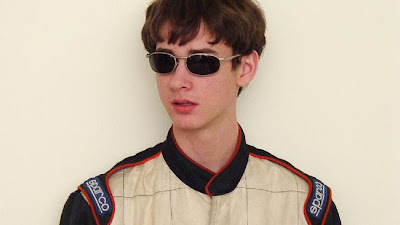 From The Sporting News…

Driver sues NASCAR, claims he was excluded from diversity program for being ‘too Caucasian’

CHARLOTTE—An aspiring stock-car driver is suing NASCAR, claiming he was denied the opportunity to compete in NASCAR’s diversity program because he looks “too Caucasian.”

NASCAR argues that in trying to change the “face” of the sport, it has the right to select drivers for its diversity program based on skin color, attorneys for the sanctioning body and its former diversity program administrators have told a U.S. District court.

Michael Rodriguez, a driver from Pennsylvania, says in his complaint filed in U.S. District Court that he was denied the opportunity to compete in the 2005 and 2006 Drive For Diversity combines.

Rodriguez is suing NASCAR and Access Communications, which operated NASCAR’s diversity program from its inception in 2004 until 2008 and conducted the combines that are designed for teams in NASCAR’s regional series to scout minority drivers.

NASCAR’s Drive for Diversity program was created to develop minority drivers and crewmen and help them advance through the NASCAR ranks with the goal of reaching the sport’s top series. Since 2004, the program has included 41 drivers, with most being selected multiple times. There currently are six drivers in the program racing in various NASCAR regional series.

Rodriguez, now in his early 20s, is asking for undetermined damages for violation of his civil rights.

NASCAR and Access Communications are seeking to get the case, filed in January 2010, thrown out before it goes to trial. Attorneys for NASCAR and the company argued their side in a summary judgment hearing Wednesday in federal court in Charlotte.

The case has forced NASCAR and Access to work together even though NASCAR turned over its diversity program to former Dale Earnhardt Inc. executive Max Siegel in 2009 after Access failed to produce a significant number of minority drivers who advanced to the national NASCAR ranks.

Judge Max Cogburn did not issue a ruling immediately after Wednesday’s hearing and indicated that he was uncomfortable with the case.

“The core question for the court,” the judge told the attorneys, “is can you discriminate on color in an effort to diversify?”

Rodriguez was invited to compete in the 2005 combine at age 15 with a resume that included two state karting championships. He also was the youngest driver ever to win a Super Late Model event at Mountain Speedway, a one-third mile asphalt track in St. John’s, Pa.

According to NASCAR’s brief in support of summary judgment, Rodriguez based his claim on two references by an Access employee that he looks like “the poster child” or “the poster boy” for the Ku Klux Klan.