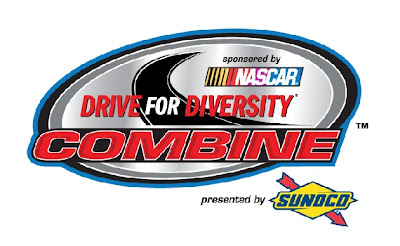 Earlier this month, Target Market News reported NASCAR is seeking an advertising agency to help it reach minority audiences. There is no plan, however, to engage minority shops for the push. In fact, a NASCAR marketing official stated, “In a perfect world, we’re looking for a full-service agency to do it all.” Newly-hired NASCAR Director of Brand and Consumer Marketing Kim Brink is a 20-year veteran of General Motors, another corporate entity that has made questionable decisions regarding the choice of White agencies to handle multicultural duties. In 2007, NASCAR CEO Brian France declared, “If we don’t get diversity right, this sport will not achieve what it needs to achieve from a popularity standpoint.” Maybe Drive For Diversity should be renamed Jive For Diversity.

NASCAR has announced it is again renewing its efforts in diversity, this time from getting more drivers of color to attracting more African-Americans and Hispanics to become fans of the sport. Part of that initiative will include hiring an advertising agency to develop a number of new marketing initiatives.

The agency search was announced by Kim Brink, director of brand and consumer marketing for NASCAR. Brink, who was hired less than six months ago, previously spent 20 years at General Motors where she oversaw marketing for the Chevrolet and Cadillac brands. She is looking for an agency that will use an integrated approach to reach out to various consumer segments.

In past years, NASCAR has had aggressive initiatives to attract and support more black drivers to the sport. Those efforts ended with only marginal success.

After enjoying a boom in popularity in the early 2000’s, TV audiences and ratings for its races have declined in the past five years. In 2010, BET was carrying a reality show, “Changing Lanes,” that was backed by NASCAR that highlighted the competition between 10 minority drivers to become drivers in major races. None of the drivers was able to achieve lasting success.

NASCAR, which is a privately company and does not release data on its marketing spend, has used general market ad agency, JUMP Co. since 2005 to handle its advertising.