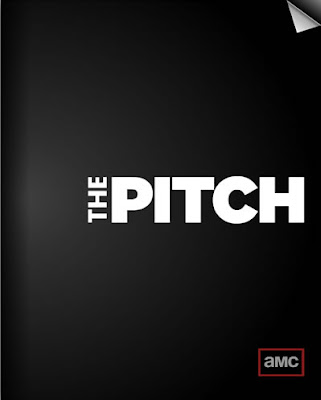 Caught the sneak preview for The Pitch, the new AMC series featuring real advertising agencies—McKinney and Wong, Doody, Crandall, Wiener—competing for AOR status. The first prize: an opportunity to hawk breakfast items for Subway to a youth audience.

Couldn’t help but notice all the pathetic sides of the industry on display. Not sure what the appeal is here either, as reality TV shows like The Apprentice have already depicted people concocting campaigns.

Besides Tracy Wong and one Asian-American staffer, the agencies appeared to be predominately White. Old too. In fact, both shops made a point to assign “younger” creatives to work on the shootout. The Old White Guys, however, ultimately forced themselves into the process.

The McKinney team found a viral video featuring a White rapper and actually pursued it as a big idea. Watching the mesmerized McKinney staffers listening to the rapper’s lyrics was nothing short of pathetic. The agency even brought the sell-out rapper to the final presentation.

The McKinney group creative director spent some time bemoaning the challenges of being a woman and mom while serving as a senior-level advertising executive. Boo-hoo, old White lady, boo-hoo. McKinney CCO Jonathan Cude, incidentally, is a mediocre presenter. From a creative standpoint, the agency deserved to lose.

Oddly enough, the lame McKinney concept won—proving once again that White adpeople love hip hop.
Posted by HighJive at 12:00 AM

I thought McKinney was a top agency. Oops.

One note, it's not a pitch for AOR status, it's just a project pitch, and check this, there's no guarantee that the wining agency will actually win the business they pitch on the show. One more reason so many agencies turned the producers down.

While I agree with your assessment of "The Pitch" in general and McKinney's pitiful performance in particular, you lose me with your incessant whining about the "old" people running -- and ruining -- things.

This seems to be a recurring theme with you. You really seem to a bug up your ass about anyone who has the temerity to be older than you and still working. (As if anyone can afford to retire in this economy.)

You rightly bemoan the lack of diversity in agencies like McKinney. (Although the fact that most of the creatives working on the pitch seems to have escaped you. Or don't women count?) But apparently you have no compunction about discriminating against people based solely on their age.

Why is ageism any more acceptable than racism or sexism? All discrimination is wrong. There are incredibly talented creatives over 40 and even 50. Should you cast them aside just because they may have a few grey hairs or wrinkles? What is this, "Logan's Run?"

I don't know how old you are, HighJive, but, unless you've figured out a way to pull a Dorian Grey and defy time, you too will be old someday. I wonder if you'll be quite so smug then.

In closing, there's at least one thing we agree on: What's the deal with this Jonathan Cude guy? I know he's talented but he is a terrible presenter.