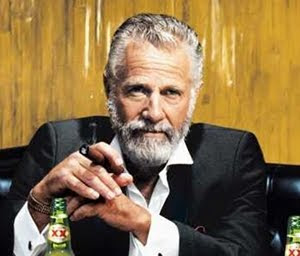 Advertising Age reported Dos Equis has suspended a new marketing campaign because bottle defects ignited a nationwide product recall. Lesser men drink beer straight from the bottle. The Most Interesting Man in the World drinks bottle straight from the beer.

Small Bits of Glass Could Be in Beer

A month after premiering ads for Dos Equis Ambar, importer Heineken USA is suspending the spots as it deals with bottle defects that have prompted a recall in 43 states.

Six- and 12-packs are being removed from shelves because of a problem that could cause “small grains or particles of glass to separate from the inside lip of the bottle and fall into the liquid,” the importer said in a statement. No injuries have been reported, and the defect is estimated to be in “significantly less than 1%” of the recalled batches.

The importer must essentially pull and check all bottles on shelves now in the states, which include big markets such as New York, California, Illinois and Texas, potentially causing supply disruptions. Heineken USA is “working as quickly as possible to make sure we can backfill inventory as quickly as possible,” a spokeswoman told Ad Age. The importer pegged the defect on an unnamed third-party supplier and said that it was caught during routine inspections.

The recall comes at an especially inopportune time, because the importer is making a new marketing push on Ambar, a dark lager that accounts for about 30% of Dos Equis’ total sales. The brand for the first time is featured in TV spots as part of the Most Interesting Man in the World campaign. Only the Ambar versions of the ads will be pulled; regular Dos Equis ads will run as normal. The Ambar ads account for about 30% of the total Dos Equis media buy. The brand spent $21.9 million on measured media in 2011, according to Kantar Media.

The same defect also forced a smaller recall of low-profile brands Carta Blanca and Indio, a Mexican beer Heineken USA just brought to the states in limited distribution.
Posted by HighJive at 10:53 PM