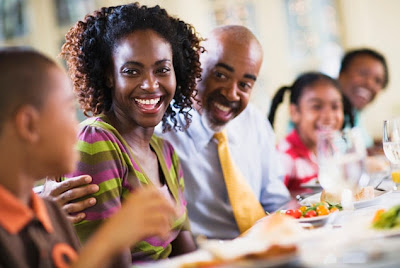 New evidence of racist restaurant waitstaff may leave a bad taste in the mouths of African-American diners.

After polling 200 servers in 18 North Carolina restaurants, researchers found that a shocking 38.5% discriminated against black customers.

Waiters admitted that they often gave them poorer service, based on their expectations that black diners would be poor tippers, demanding and rude.

Sarah Rusche, a Ph.D. candidate in sociology at North Carolina State, called it a situation of “dining while black.” “‘Tableside racism’ is yet another example in which African-Americans are stereotyped and subsequently treated poorly in everyday situations,” said Rusche. “Race continues to be a significant barrier to equal treatment in restaurants and other areas of social life.”

The survey, which was published in the Journal of Black Studies, also found that 52.8% of servers reported seeing other servers discriminate against African-American customers.

The research uncovered how racist chatter often permeates the workplace.

The study mentioned that Denny’s employees were found to have racist attitudes toward its customers, going so far as to refer to a sudden influx of black patrons as a “blackout.”

Games of “pass the black table” are often played, according to the study.

Yet, only 10.5% reported never engaging in or observing racialized discourse.

Black diners reported having to be asked to wait unreasonable amounts of time for a table and even to be refused service.

Some diners reported that they were mistaken for valet parkers, coat checks and bathroom attendants.

Of the servers polled, approximately 86% were white. While Rusche admits her study represented a small sample, she believes it’s an accurate representation of the restaurant community in North Carolina and the U.S. in general.

In fact, Rusche admitted that these numbers may even be low.

“People tend to underplay their racist feelings because it’s socially unacceptable,” said Rusche. “On a national level, these racist preconceived notions and poor treatment may actually be more prevalent.”

file this under 'sad, but true.' also another reason i'm a big-tipping, repeat-offender at certain establishments; an attempt to dispel this notion.

lol lark, you tell um. i think if white people would just stop tipping all together, black people would have a chance. nah, wait no. theyd still be black. You see NC is like the middle ground between racist south and the liberated north. i was a 12 year resident of NC, im white but my parents are both black. The trick is that they send me in to get the table, then they come behind me. I pretend theyre my servants , and we get good service. Kidding on that last bit. Yeah this is all true, youve got a ton of entitled white spoiled brats working as wait staff who are super phoney and super prejudice because they feel theyre "better" than having to wait tables but mommy and daddy wanted them to get a job and work in the "real" world before handing over all their inheritance to them. Even the black wait staff are racist. It comes full circle.