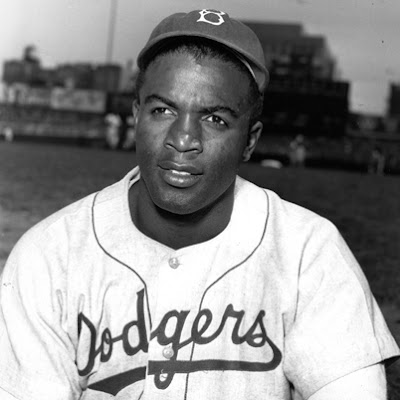 Robinson deserves more than one day

Sunday is Jackie Robinson Day in major league ballparks, where the ballplayer and his legacy will be remembered with tributes and testimonials. All big-league players will wear Robinson’s number 42 on their backs, the only number in sports retired in perpetuity.

It is important to remember that Robinson broke major league baseball’s color line on April 15, 1947. But if we restrict Robinson’s influence to baseball, we do both him and what he accomplished a tremendous disservice. He was arguably the most important civil rights figure, and the integration of baseball the most important civil rights story, in the years immediately after World War II.

When he played his first game for the Dodgers on April 15, 1947, he carried the hopes and dreams of millions of blacks. If Robinson succeeded in baseball, as civil rights leader Roy Wilkins had earlier said, it meant blacks “should have their own rights, should have jobs, decent homes and education, free from insult, and equality of opportunity to achieve.”

Never before — and never since — had so much been riding on one athlete. If Robinson succeeded, he succeeded for all blacks. If he failed, he would affirm the belief of many whites at the time that blacks were inferior.

Nobody in sports ever had more at stake and no one ever suffered more. Nobody in baseball ever received such vile abuse from fans and opponents. Opposing pitchers threw at him. Opposing base runners spiked him. He received death threats routinely.

Robinson’s strength in the face of those threats and unspeakable obscenities demonstrated non-violent resistance long before it was practiced in places such as Selma, Birmingham, Montgomery and other Southern cities and towns.

King said that Robinson’s courage in confronting the color line in baseball helped lay the groundwork for the civil rights movement. “Back in the days when integration wasn’t fashionable,” King said, “he underwent the trauma and humiliation and the loneliness which comes with being a pilgrim walking the lonesome byways toward the high road of freedom. He was a sit-inner before sit-ins, a freedom rider before freedom rides.”

Robinson succeeded — and his success cured many Americans of their belief that blacks were inferior and convinced many others that blacks should have the same opportunities as whites.

“As their champion, Robinson had taken their hopes into the arena of baseball and succeeded beyond their wildest dreams,” Arnold Rampersad wrote in his biography of Robinson. “Neither blacks nor whites would be quite the same thereafter in America.”

Walking into the most hostile of winds for so long took its toll on Robinson. When he died in 1972 of complications from heart disease and diabetes, he was nearly blind and crippled, and his hair was white. He was just 53.

His gravestone reads: “A life is not important except in the impact it has on others’ lives.”

Chris Lamb is a professor of communication at the College of Charleston and the author of Conspiracy of Silence: Sportswriters and the Long Campaign to Desegregate Baseball.
Posted by HighJive at 7:20 AM